There is a certain amount of maintenance that is an inescapable reality of daily life. Plants need to be watered, animals fed, the oil in the car…..you get it. I won’t beat it into the ground. The point being, the commitment over the course of one’s life is staggering if you consider it in its totality.

As women, we already know that these same rules apply to beauty. That whole “oh, this old thing, I just threw this on” claim that people make when they have clearly made an effort makes us collectively roll our eyes. Or at least, it ought to. We know you went to some effort, (because we did too) and it’s okay. It doesn’t mean anything other than perhaps you are in possession of a healthy amount of self-respect. I think it was Dolly Parton who famously once said, “it costs a lot of lot of money to look this cheap.” That was and is one of the most honest accounts of the work that makes up the beauty commitment I have ever heard.

I certainly don’t begrudge the money or effort spent over the course of a lifetime on the pursuit of the perfect beauty product. Quite the contrary, I find it fun and surprisingly social for a pursuit that is largely done in solitude in front of a bathroom mirror. I do however, find myself edging closer and closer to the fence line of Camp Lazyass when it comes to the regular daily application of these same products that are meant to change my sartorial world for the better.

So it is this sentiment I carry with me as I have come to the realization that I am a woman who needs to oil her head.

I happened upon Orofluido completely by accident the last time I was at the hairdresser. After she had finished my cut, she used a tiny amount of this oil (a dime-sized amount? I don’t know…that is what they always say on the back of the shampoo bottles…) and worked it through my still damp hair. It smelled fantastic. Like a gentle flowery-velvety vanilla bean resting on a cloud of purified glacial vapour….if… you know, you had to compare it with something.

She then blow-dried my hair with a brush, and said to me, that she thought she didn’t need to use a straightener on it as it was lying so well as it was. Now this may seem banal to you, but let me assure you, these are words that have rarely, if ever, been uttered to me in a hair salon. I have, shall we say, hair that is naturally a bit more….erm...lively? 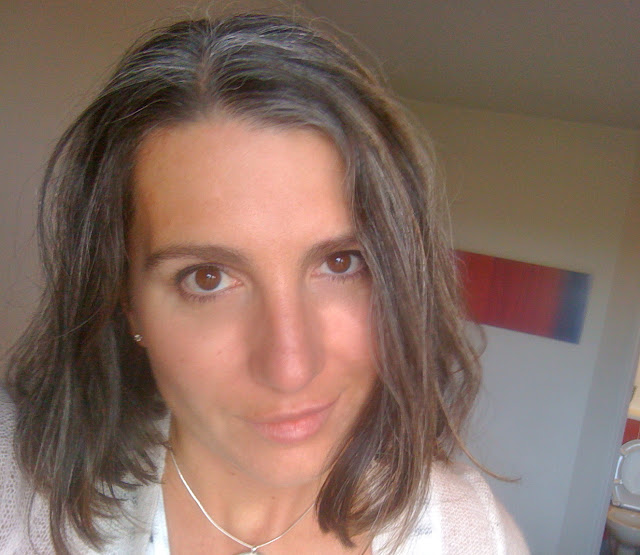 No...maybe that's not the right word.  Hair that's a bit....enthusiastic? 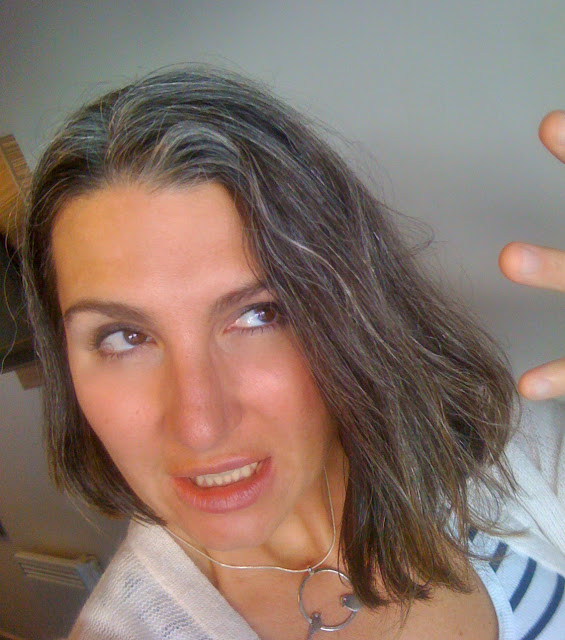 A fair amount of thickness, some wave from my curly-haired Dad, the constant moisture in the air from living in Scotland, and the wiry Chia-Pet like grays that always want to stand at attention.

So what’s in this stuff? According to their website, Orofluido is a mixture of argan, linseed, and cyprus oils. Basically a pimped-out version of the Moroccan Oil  (argan) that we have all heard so much about. It claims that it adds shine while not weighing the hair down, and on that Orofluido does not disappoint.

Although I am still playing with the right amounts I need to get that perfect balance of volume vs. frizz,  it does soak in instantly and leaves a silky softness behind that cannot be denied. Truthfully, I could probably be even more generous with the amount that I have been using thus far. But let’s face it. It takes some getting used to, putting pure oil directly on your hair. Those of us who came of age in the 80s were always told that oil was the enemy….to be scrubbed, cleansed, and exfoliated off of your face and hair with volume-enhancers and little bits of crushed-up apricot pit in a cleanser. Big volume (and apparently abrasions) were in. Sleekness and shine were for sissies.

So this is how it ended up when I used it myself for the first time. Probably didn’t use quite enough, but when taking into consideration what my natural state can look like (I’ll spare you having to look at those photos again)... 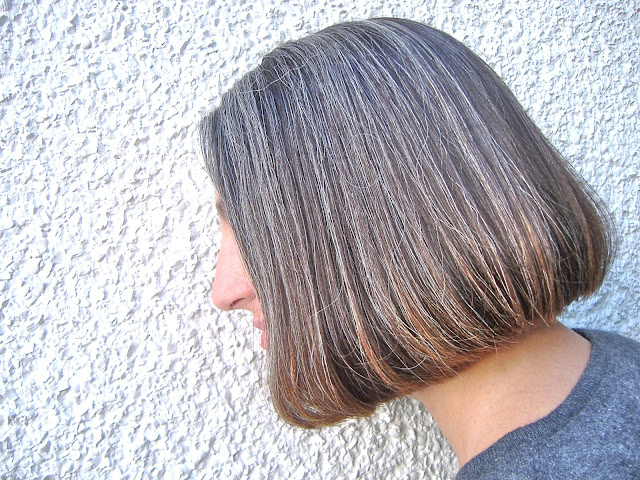 This seems to be working. Probably should have used more, still have a few Chia Pet strands here and there, but definitely on the right track.

They have five products in their line: a shampoo, a conditioner, the serum (which is what I used), a shine spray, and a deep-conditioning masque.

The prices are reasonable (although I got mine in the salon and paid twice what it is listed for all over the net…argh) and the reviews from other users are convincing.

I am just now off to order the shampoo and conditioner.

So how do I rate it on the Highland Fashionista Stiletto Scale? Will it keep me form climbing the fence into Camp Lazyass on a daily basis, allowing my hair to remain the texture of a steel wool pot-scrubber? Yes. Yes it will.  Effort-wise, it was hardly a bother. Plus, it smells nice. I can categorise this as aromatherapy in my mind and it won't seem like too much of a ridiculous effort. Not like curling one's eyelashes, which is something I have always found utterly ridiculous, if not downright frightening.

Rating....four out of five stilettos. I will definitely be using this until it is gone.