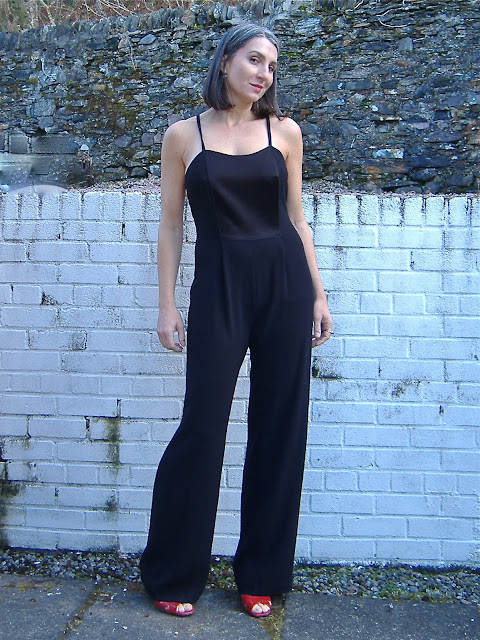 I've had this Adam Jumpsuit for a while now, but hardly ever get a chance to wear it. I bought it because I used to have one very similar to it, and have always regretted getting rid of it. I used to work as a professional musician (among other things) and the standard apparel for musicians who are not Soundgarden, or Justin Bieber (although in that case the title musician is perhaps a bit of a stretch), is generally a tuxedo. And my jumpsuit, with a tux jacket over it, did some serious miles.  Apparently when I stopped needing to wear a tux every night I thought I would be sick of the black suit look, and parted ways with my jumpsuit. Big mistake. I missed it instantly. Even though I hardly ever had the occasion to wear it. I would just think about it longingly from time to time. And then I found this Adam jumpsuit 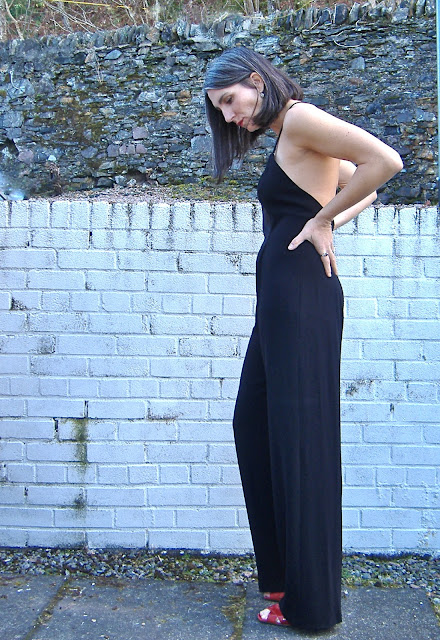 I always loved Adam Lippes' designs. I think the company grew too fast to soon or something, because they were acquired a while ago, and kind of went away right after I got this jumpsuit. But, I just recently read that Adam has been bought back by Adam himself, and will be launching again soon. This month even. good news for me.

But now that I am no longer requiring a black suit/tux on a regular basis, I have a bit of a conundrum. This jumpsuit is perfect for summer dinners out or for semi-formal occasions, but for a lot of the things I have to dress for locally, it may be a bit too dressy, so I usually would reach for a jacket or cardigan. But then, it seems a shame to cover up the back, which is super cute. 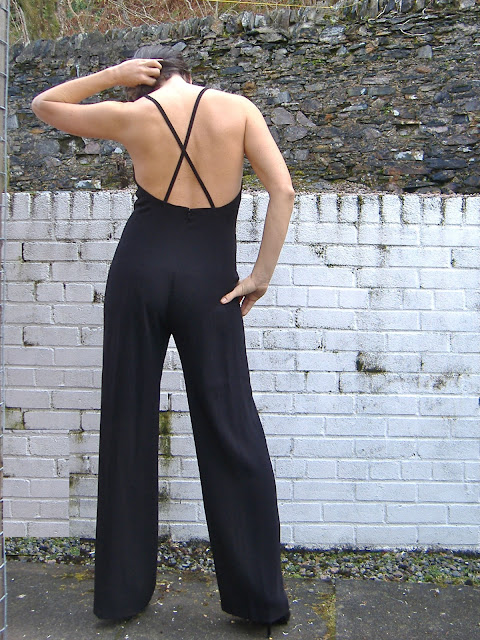 However, there is one caveat that I have to think about before I put this on for something other than a glam night out. As a long-waisted tall gal, this jumpsuit,  while nowhere near threatening a full on Miley Cyrus moment, does pose the potential for some major sideboob moments. 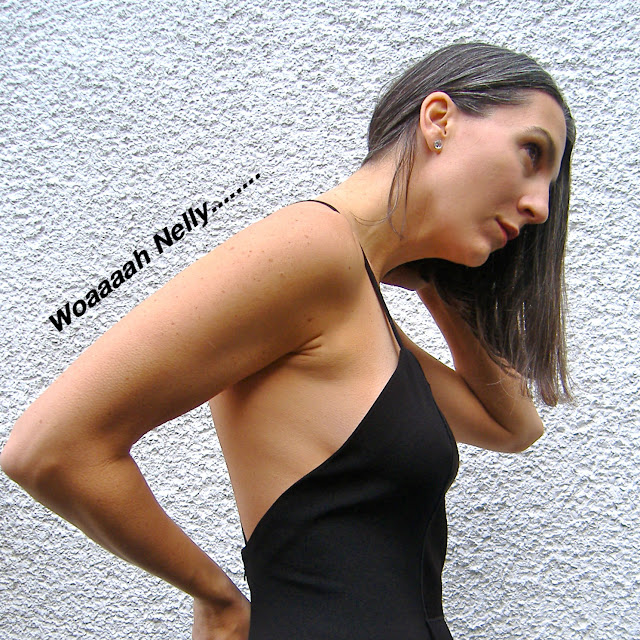 While I don't have a security problem with this per se, I would probably be pretty judicious about where I wore this without a jacket. Say, not to my husband's work function or something like that. I'll save it for nights out and holidays and the like.