When I heard that Travel Supermarket was holding a competition in which bloggers were to write a celebratory post about their most memorable holiday moments, I knew that I had to join in the fray. Even though I certainly have no shortage of exotic tales from exotic lands, I knew instantly which story I wanted to tell, complete with photographs taken directly from my old scrapbook. 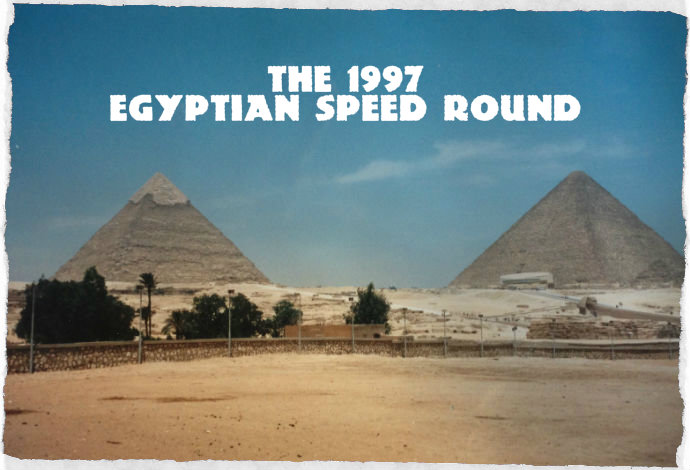 It was the year 1997.  I was in my twenties and working for a major cruise line that took me away sailing on their ships for about 4 to 6 months at a time. Sounds exotic, yes? And at times, I suppose it was. But make no mistake, when you are in residence at your job for that amount of time, despite the fun you might be having, you also work pretty gosh darn hard. 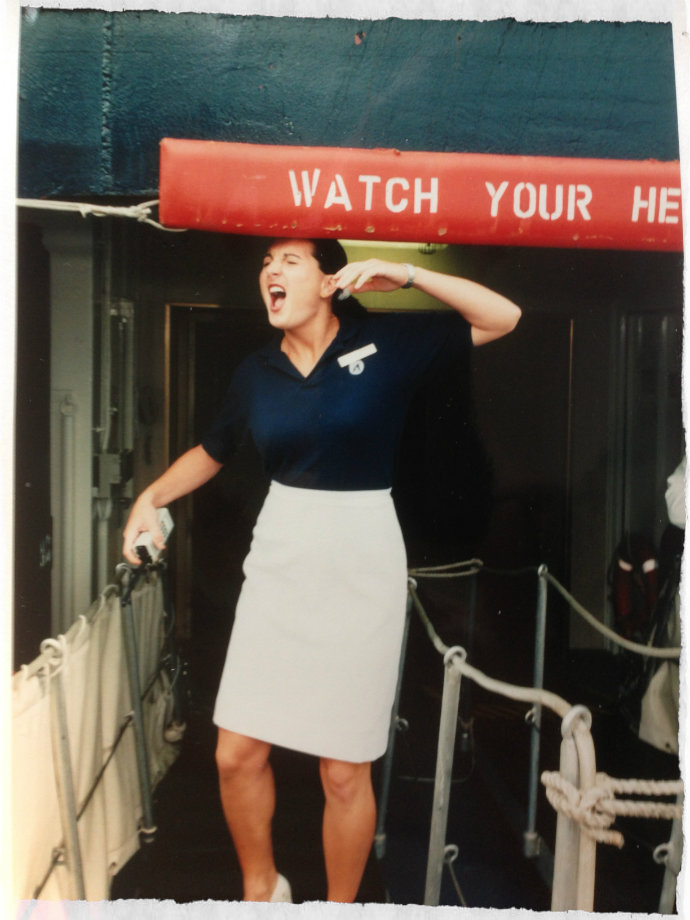 Time off while working on a cruise ship happens in very small increments. Though you are surrounded by holidaymakers and the spoils of the industry, as crew, the most you can hope for is an afternoon off while the ship is in port. Though this sounds extreme, it actually makes you into an expert at squeezing the absolute most out of what time you do have.

One morning, as the ship was sailing into the harbour in Alexandria, Egypt, three of my fellow cruise staffers and I learned that we unexpectedly had the afternoon off. Without missing a beat, we knew exactly where we were headed, and we raced below deck to change out of our uniforms and prepare ourselves for what was about to become an hours-long, speed-round of a holiday. 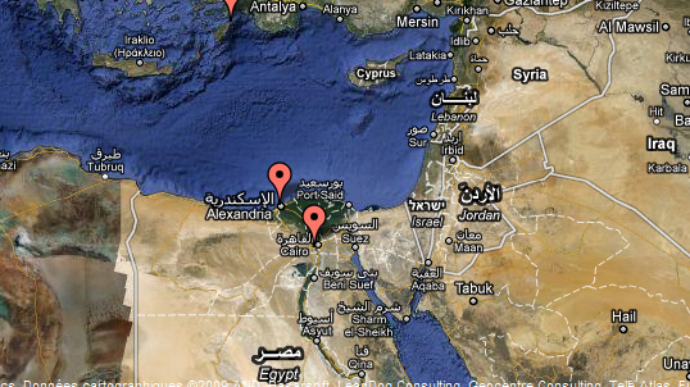 Located just outside of Cairo in the desert surrounding what is now El Giza, The Great Pyramids of the Giza Necropolis are like the holy grail of travel for a lot of people. To the western mindset, the Pyramids represent the irresistible allure of far-flung travel, and they have loomed as a symbol of the mystery that is ancient Egypt as long as anyone can remember. One of The Seven Wonders of the World, the pyramids appear on many a bucket list, and there was absolutely no way that we were going to miss an opportunity to see them. Even if it meant risking a three hour one-way trip across the desert and back before our ship sailed.  We were going, and that was that.

The first thing we had to do was secure our transportation. We found ourselves a taxi driver who was more than willing to take us. 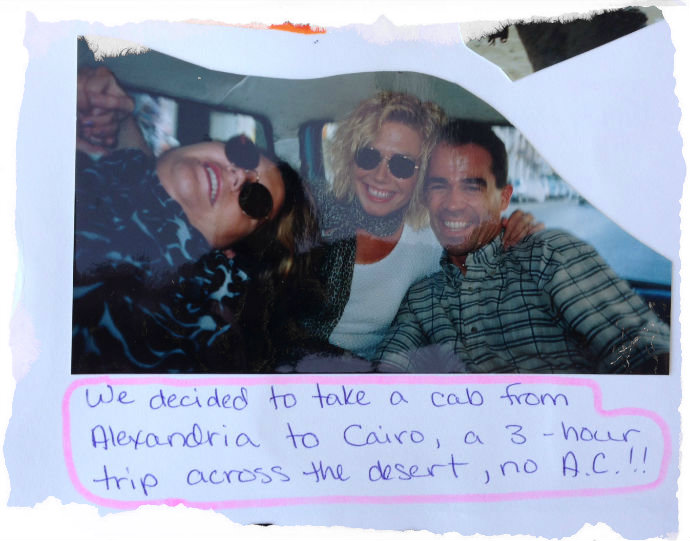 And yes, as the old scrapbook says, there was no air conditioning in the cab. Which was really less a cab and more a sort of gutted station wagon. And while looks can certainly be deceiving, in this case, they were foreshadowing. It wasn't long until we found ourselves stopped in the middle of the desert, like this. 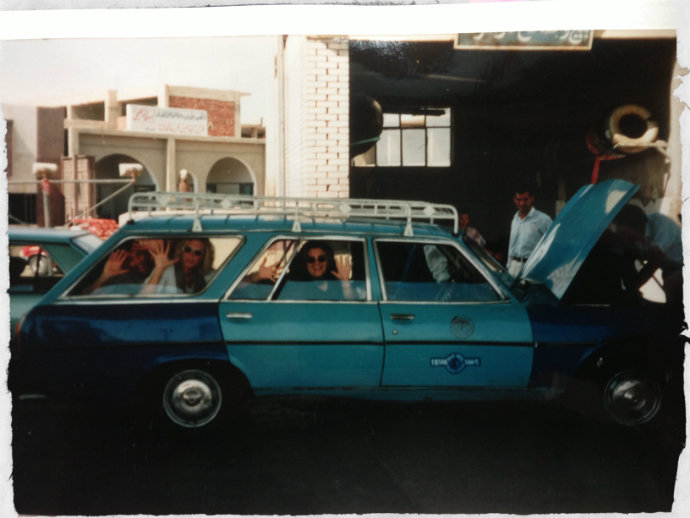 That's our driver under the hood, holding court with several other guys as they tinkered-away on our dilapidated cab. To their credit, they got us going again, although we did lose about an hour of our already abbreviated day.

We arrived at Giza with even less time than we had planned for, and hit the ground running. Again, we secured some transportation to take us right to the base of the Pyramids. 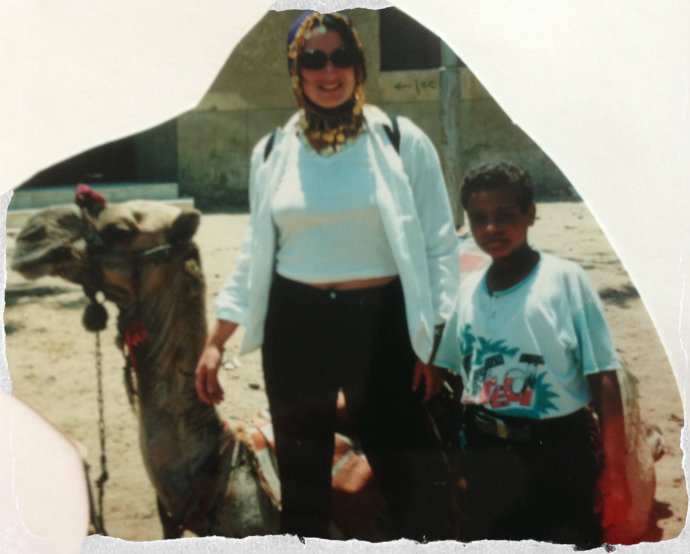 As quick as a flash we were off. The camels were characteristically ornery, we were hot, tired, dehydrated, short on time, and it was absolutely fantastic. Oftentimes in life, things that you have anticipated for a long time and built-up in your mind end up being quite anti-climactic, but despite our harried schedule and bedraggled state, this was everything we had hoped it would be.  It was absolutely amazing to us to have woken-up in the air-conditioned sameness of our everyday routine and within a few hours, find ourselves in one of the most legendary historic sites on earth. 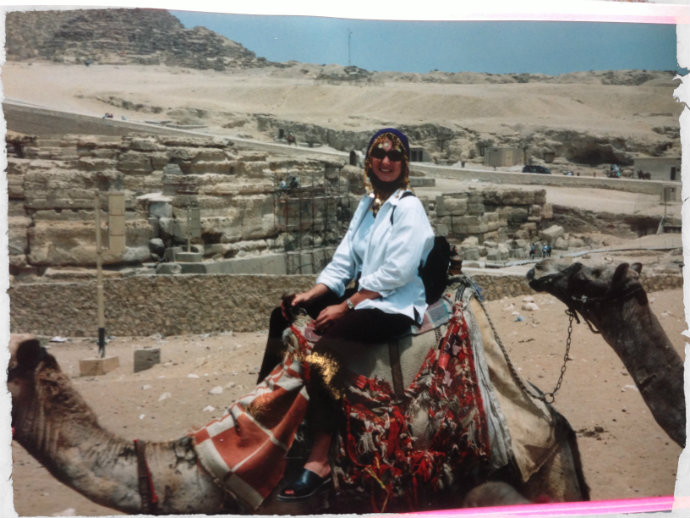 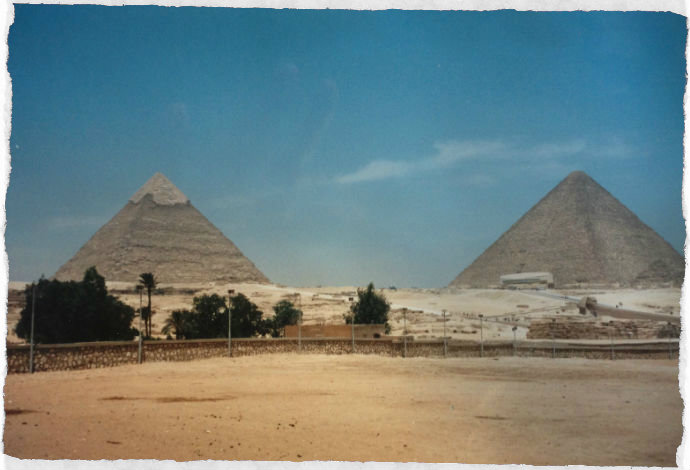 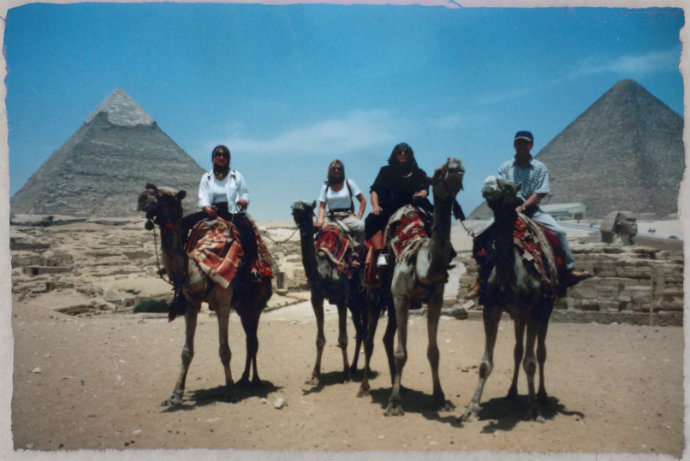 Despite its brevity, this was a truly fantastic trip that I think of often, and will remember for the rest of my life. We took what little time we had and made the most of it; quality over quantity, like so many things in life. It also taught me that sometimes, it really is worth it to stick your neck out and take a risk. Others will think you've gone mad, will tell you that you didn't have a "real" experience, but I see it differently. This trip was instrumental in solidifying my personal belief that when a door of opportunity opens, I should walk through it.

And yes, we did make it back to the ship in one piece, with literally moments to spare.