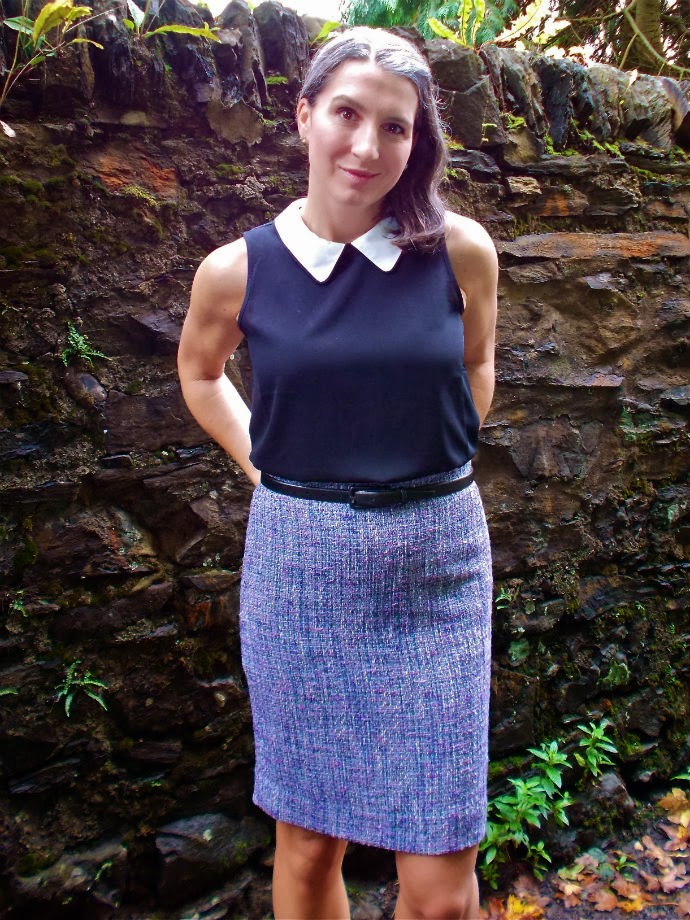 This outfit was sort of built around the blouse, which I recently found on sale at Forever 21 for £10. The blouse is sort of an all in one look with the black and white motif and prim collar, and I feel like I have to resist the urge to just pair it with a white skirt or trousers and call it a day. Not that there is anything wrong with that, it's just that a shirt like this can read very buttoned-down. I would probably normally wear this with a pair of distressed boyfriend jeans to keep myself from looking like Mrs Hughes, the spinster head housekeeper on Downton Abbey, or maybe Winona Ryder circa Mermaids, but you've seen me do this a million times, and I do not wish to bore you to death.

In retrospect, I don't think that having this shirt tucked-in gives my boxy, athletic frame enough of a waistline, and I would probably let it hang loose and flowy (it hangs just to the hip) and put an unexpected pair of chunky, 90's-inspired loafers with it (think Alexander Wang shoes). That would probably modernise it somewhat. But this is what I came up with in the moment. A simple look with a few unexpected textures thrown in for good measure. It would work for the office…if only I worked in an office. 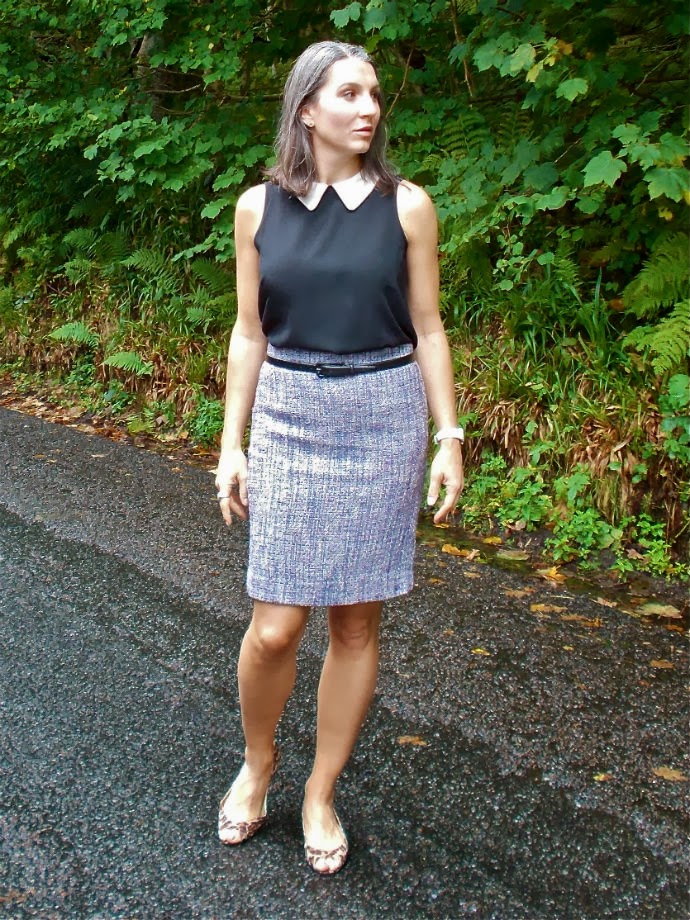 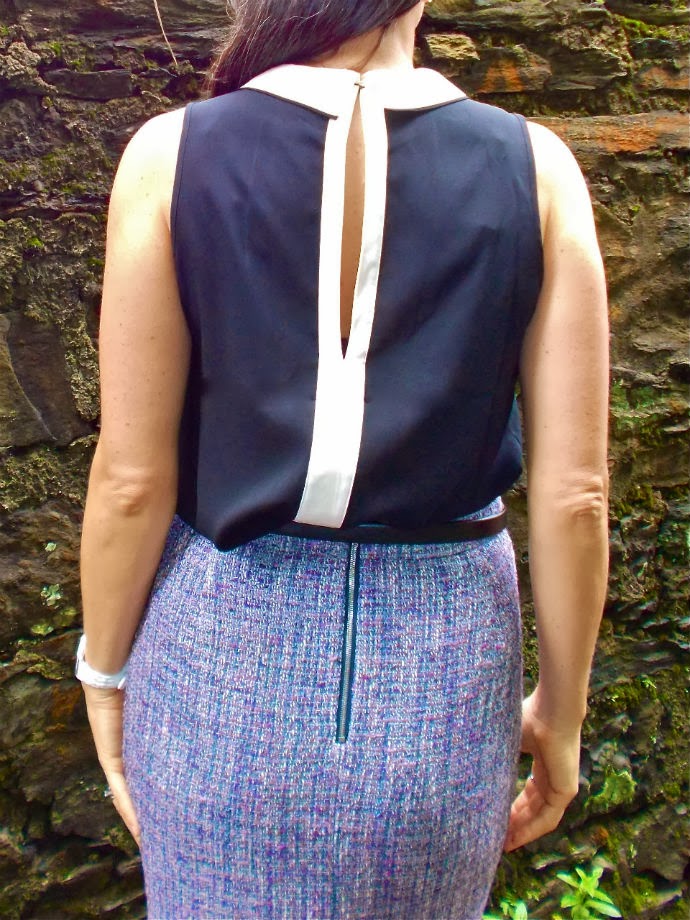 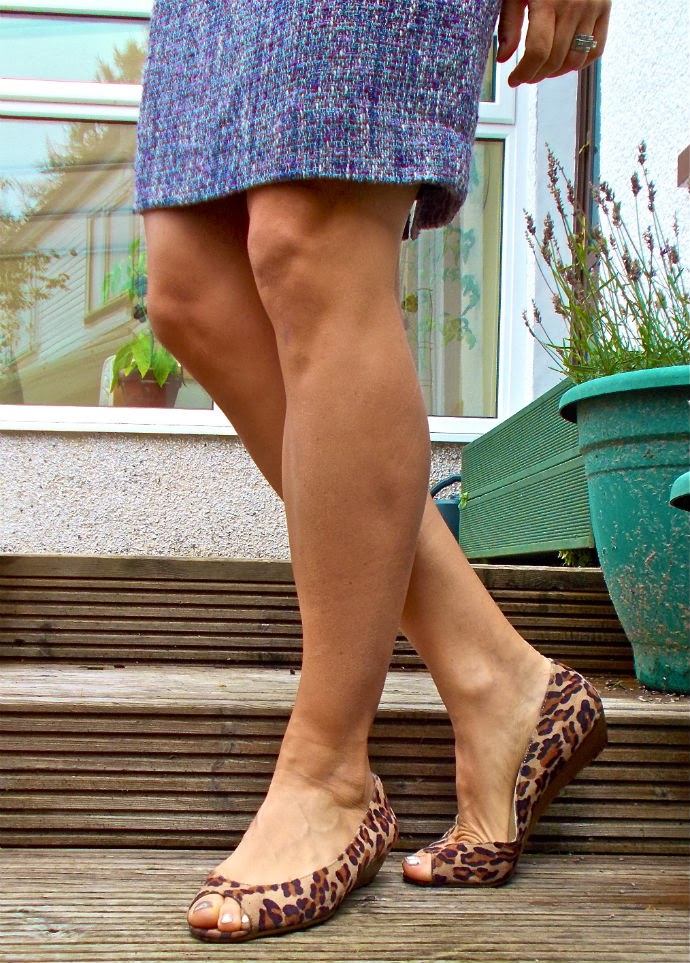 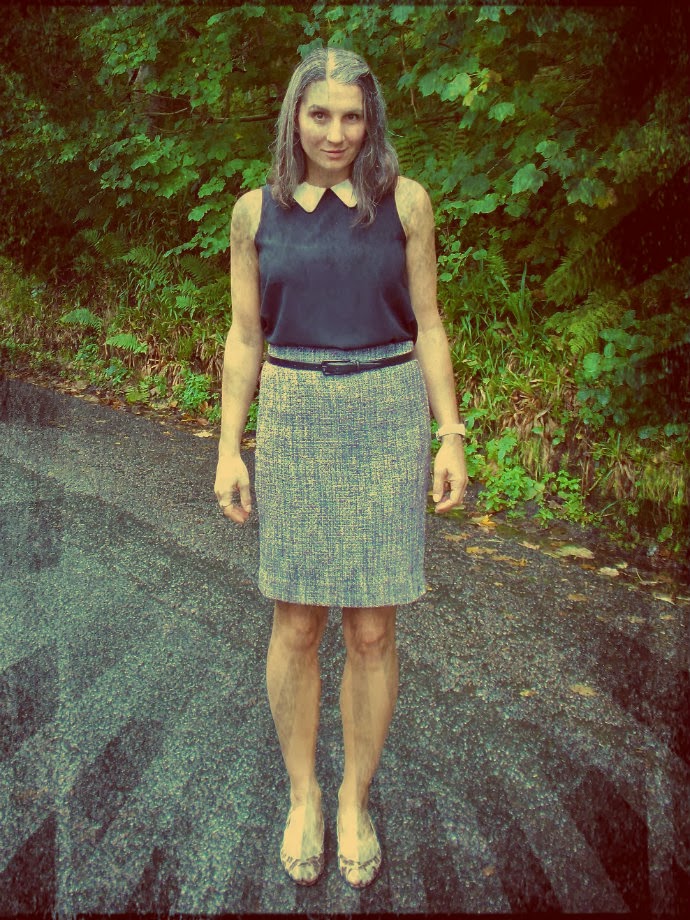