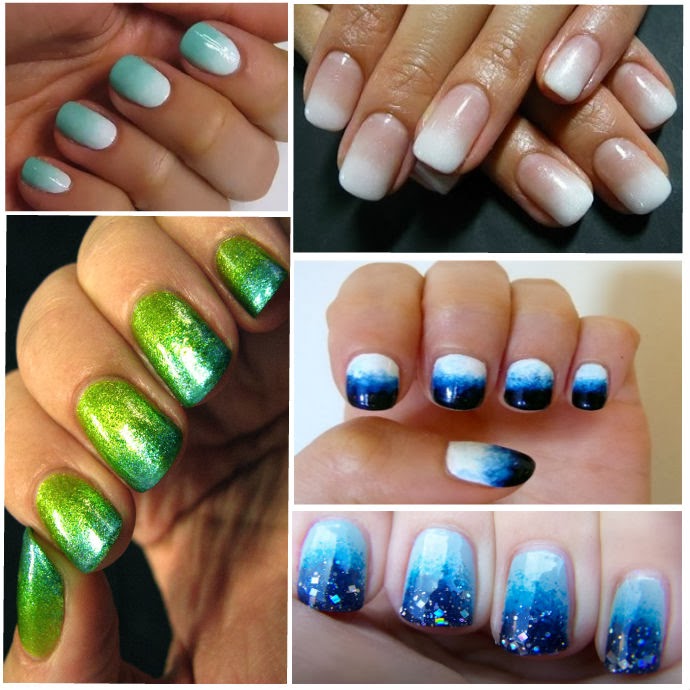 Nail art has been around a while, but I haven't really taken part in the trend. I've always been a bit colour shy when it comes to my nails, preferring clear polish, neutral colours, a french manicure, or the occasional blast of vampire red or navy if the occasion suits. I have on occasion tried those nail art stickers, which are fabulous, but most of the time I leave the fancy stuff to the professionals. But the ombré nail trend kept popping up in magazines and on the internet, and I became intrigued. So one evening, armed with a little free time and the instant know-how of the internet,  I tried my hand at it.

Let's just say my ombré nail attempt fell about as flat as Wile E. Coyote splatting against the ubiquitous cliffside. As it turns out, I suck at nail art. A lot of it probably had to do with my colour story choice. I went with three colours (already biting off more than I could chew), when I really only should have used two. My three colours were amazing together (so I thought), a bright lemon yellow, a bright coral, and a deep vixen-like red.

What I did not take into account was the effect of the order of the colours. I started with the yellow colour over the inner crescent and gradually moved on to the darker coral and then deep red as the colour gradient moved towards the fingertips. I thought the effect would look like a tequila sunrise. What it actually looked like was far more disturbing. Those blood red nail tips looked like I had just eaten a half-rack of ribs at the Walking Dead Buffet, and was just waiting for the finger bowl to come so that I could wash up.  Seriously, it was the full-on Lady Macbeth. My shoddy workmanship and inability to wait for any single coat of polish to dry also gave it a kind of speckled appearance…the kind of splatter pattern that anyone who has ever watched an episode of CSI would recognise as the result of blunt force trauma. Had I left the house with these nails, people would have started asking where I hid the bodies. So. There it is. I suck at nail art. Anyone here had better luck with ombré nails?


Make it happen. If you dare.