It's been a while since we've played with makeup here on the blog, and since this week I'm feeling a bit...experimenty....I thought I would take a run at something I've never really had the moxie to wear out in public before. I decided to try my hand at something that has been around for years, yet I have never been very good at reproducing; the liquid liner cat eye. I love the look, in theory, but how would the reality look against my salt and pepper hair and ever-increasing abundance of crow's feet?

As I always do, I turned to makeup artist Lisa Eldridge's website, and found the following tutorial.

Obviously, I did not use every single product that is featured in the video, relying instead on my trusty cache to see me through. I also admit that I did not happen to have any false eyelashes on hand. I never have false eyelashes on hand. I have nothing against false lashes...quite the opposite in fact. I think they look lovely. I'm just too paranoid to wear them, for fear of having some sort of grotesque cosmetic meltdown halfway through the evening, where I look like that scene from Raiders of the Lost Arc where they guy's face melts off.  Anyway, I used the following:
I was actually pleasantly surprised by the softness of the result. Despite the fact that I felt like I was wearing a lot of makeup, it actually looked soft, pretty, and even a bit natural (with the exception of the eyeliner). I accidentally smudged the liner a bit because I was too impatient to let it properly dry, but overall, I liked the look. Enough to wear it out to get some soy milk, bread, and toilet paper from the store. Glamourous life I lead. 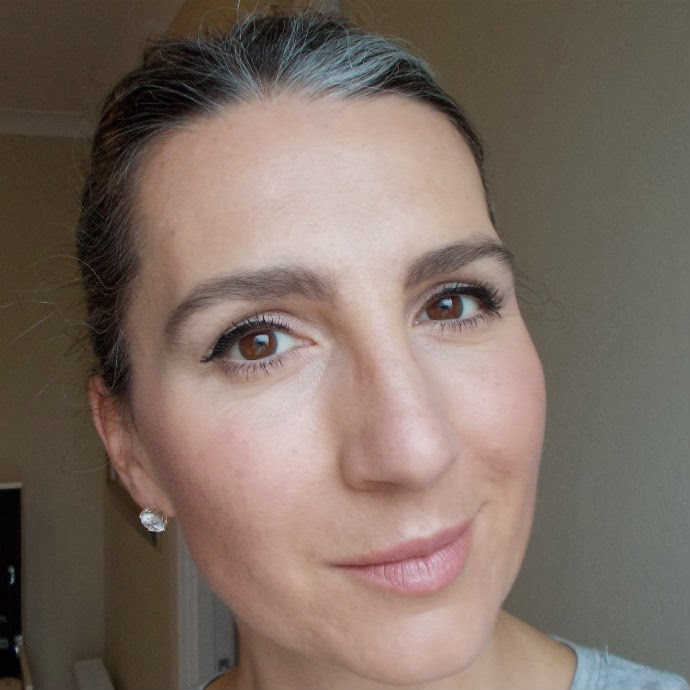 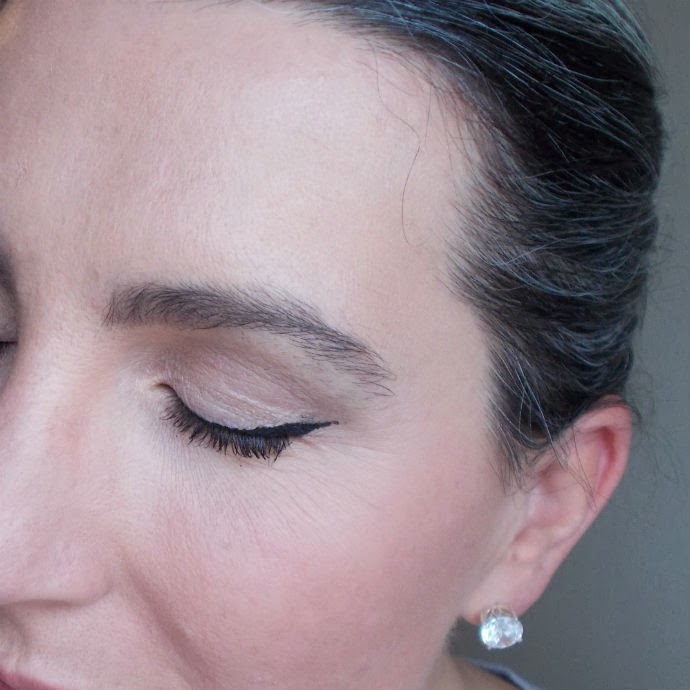