Show Us Your Cannes 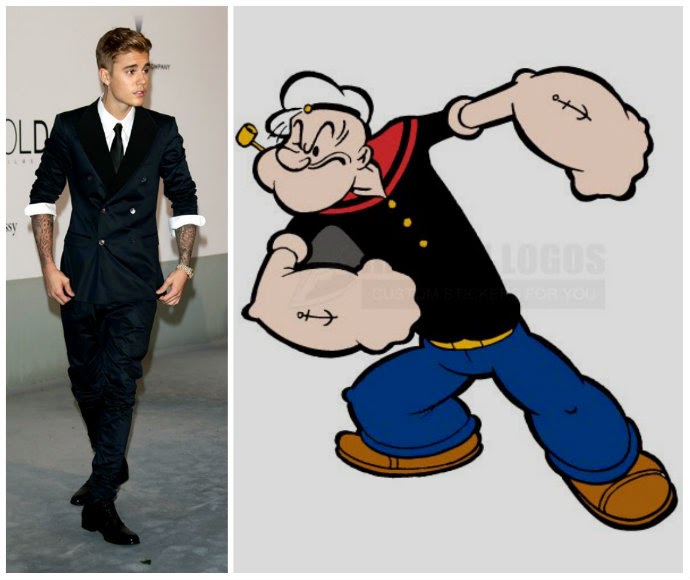 It's Friday, time to take a peek back at the week's sartorial offerings. As usual, there's plenty to talk about. Like this wee menace.

As I'm sure you know, The Cannes Film Festival finished last weekend. Cannes is an event that usually sees celebs trotting-out their slickest sartorial game. Usually.

I think Bieber's people are hard at work trying to do some image damage control.  The Biebs was spotted everywhere during Cannes trying to get photographed with A-listers (many of whom declined). This smacks quite heavily of the enlistment of a professional Image Consultant, yet the only image I had in my mind upon viewing these photos was of another heavily-tattooed man, who also likes to smoke green, leafy plants.

I suppose I should give credit where credit is due; the suit fits well and looks good. Until you get to the sleeves. Yes Bieber, we all see your tattoos. There's a good little badass...now run along and let the adults talk. 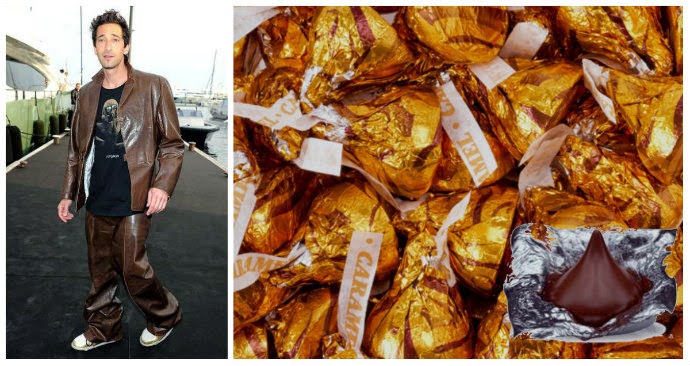 Remember Adrien Brody? He won the Oscar for The Pianist in 2002? He showed-up at Cannes dressed as a giant Hershey's Kiss (caramel variety).  Perhaps he thought he looked "street" in this look? Brody and I are the same age, and with one photograph he has completely shattered my theory that your tastes grow, develop, and refine as you get older. This is French actress Frederique Bel, styled quite nearly to death...but then, the photographs speak for themselves. If anything, the comparison to Xena, Warrior Princess is probably more of a compliment than I meant it to be. 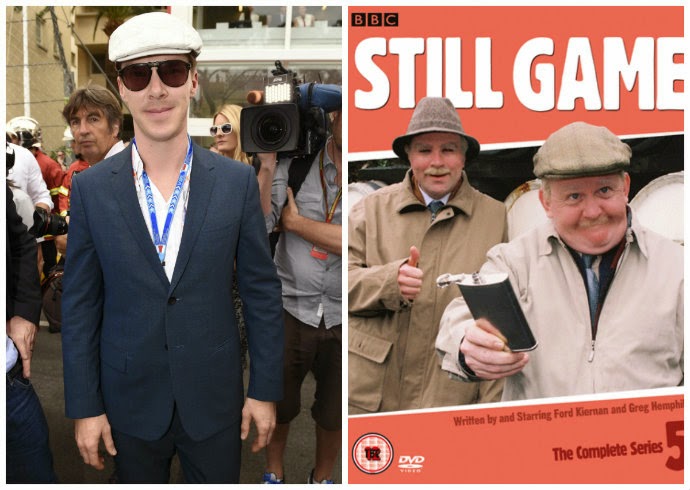 Benedict Cumberbatch, enjoying the Formula 1 Grand Prix.  It pains me to see this normally swoonworthy man looking like this...to the point that when I first saw this photo, I had to fight the urge to wring my hands and yell KHAAAAAAAAAN to the heavens. This look is pure O.A.P. (that's Brit speak for Old Age Pensioner for my non-British readers). Not only is he hiding a gorgeous head of hair under that hat, I'm pretty sure there's a 65-and-over bus pass at the end of that lanyard.

This look makes me think Cumberbatch might be researching a role for a revival of a great comedy show that was made for BBC Scotland called Still Game, about the antics two widower OAP's in a Glasgow high-rise (seriously, it's a must-watch). If that be the case, I would like to put myself forward for the role of the salty old American expat widow who seduces him in order to use his mobility scooter at the grocery store. BBC, call me.
Email Post
Labels: Pop Culture