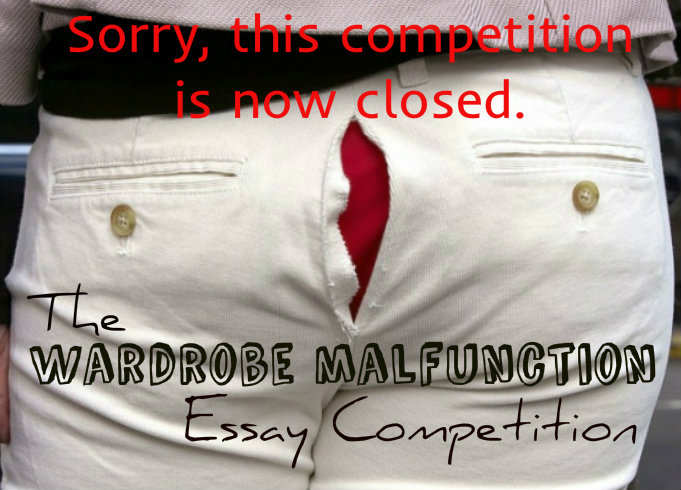 Have you ever looked down at your feet midway through your work day only to find that you're wearing two different shoes? Do you keep an emergency sewing kit in your handbag after inadvertently mooning the entire office Christmas party when your Marc Jacobs skirt decided to suddenly give way? Fret not gentle reader. This is your moment.

It is with great pride that I am announcing the first-ever Highland Fashionista essay competition. The subject? Wardrobe malfunctions. This is your chance to share with the world your tales of woe. Nip slips, cheek peeks - nothing is off limits. Here are the rules.

In addition to the international literary fame and global adoration that will accompany having your work published on this site, the winner will receive a gift bag, filled with some of my very favourite beauty products that have been featured right here on the blog. 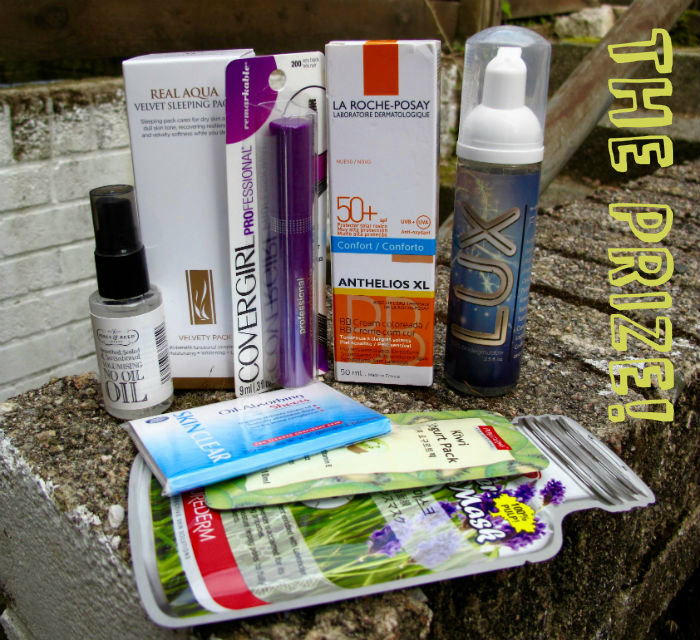 Need some help getting started? Allow me to make the first move by providing an example.

Back when I was in graduate school, my one big financial concession (in a time of relative austerity) was a membership to the fancy local tennis club.  It was a great place, with multiple clay courts, a bar...the works. I played women's rotating league every Tuesday and Thursday morning as a matter of routine, and looked forward to it immensely every week.

On the morning in question, I was running late, and did not want to keep the group waiting. Because laundry was never high on my list of priorities, I ended up running around the apartment looking for my favourite tennis skirt, finally finding it right where I'd left it, in the dryer. In a flurry, I pulled it on, grabbed my racquet bag, laced-up my shoes, and ran out the door.

We had a lively doubles match that day - a real squeaker. Every game seemed to go do deuce, and it looked like we were headed for the dreaded tie break to settle the second set. Both teams were insanely focused because it was getting to the end of the league season, and our scores each week were being tallied-up for the big final playoff at the end of the season.

My partner was serving, and I was at the net. It was break point (that's 40-30 to us, in case you don't follow the sport), and I had just hit a running cross-court return that landed just outside the line (yet another unforced error), bringing the game to deuce.

"Is that yours?" I heard my parter ask from behind me.

I turned around to look at what by this time, everyone on the court was focused on, and saw my partner pointing to something white sitting in the middle of the court. I approached, and upon closer inspection, recognised a pair of my underwear. And not a cute pair either. An old, white stripey cotton pair that were ancient, and that I usually save for...well...you know.

Yes. They were mine. But...how!? I could not understand how my underwear had fallen off during our set without my knowing. But they must have, because they were right there. But then, I was wearing a tennis skirt with built-in briefs underneath, making it virtually impossible...but still...

Then it dawned on me.

I had pulled-on my tennis skirt straight from the dryer, and the underpants had to have been stuck up inside my tennis skirt the entire time. How this had happened without me feeling them in there is a bit beyond my comprehension, but there it is. They had hitched a ride...all the way to the second set of a really close match. Which incidentally, we ended up losing.  No surprise there. We were too busy laughing during the tie break to make it stick.