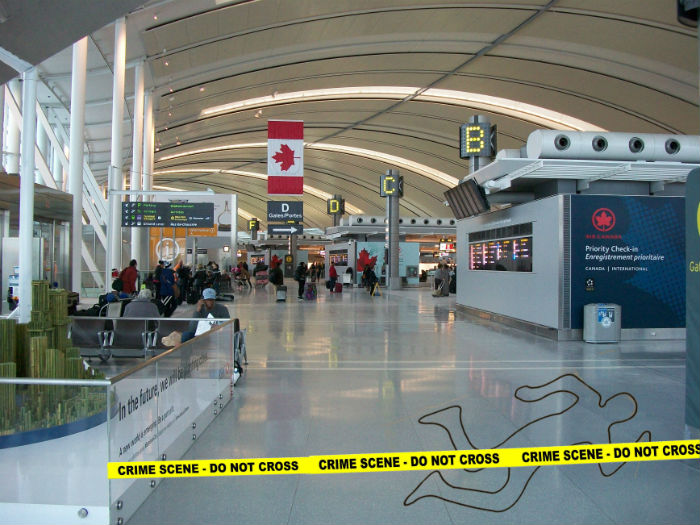 I suppose this is well-timed, what with me running the Wardrobe Malfunction Essay Competition right now and all, but I simply must do my civic duty and issue a stern warning to you all.

Remember not so long ago, I fell in love with these palazzo pants from Zara? 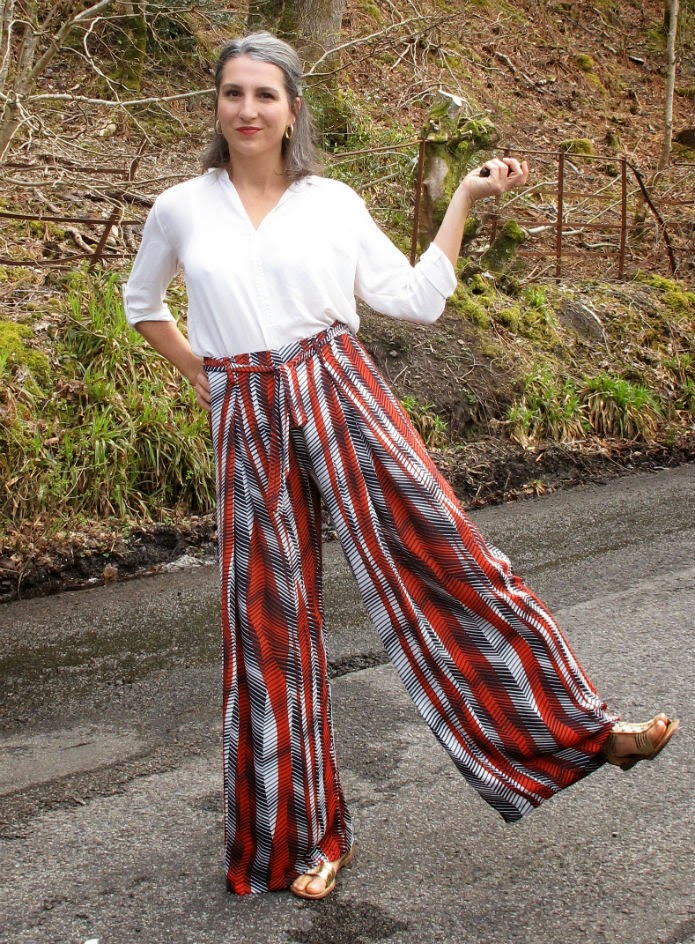 Cute, right? Flowy, louche, and easy to wear. Or so I thought. I am writing this from the USA at the moment, where I am home for a visit. I wore these pants on the plane, thinking that I would look awesome and be exquisitely comfortable while doing so. As the day wore on and I had been wriggling in my airplane seat for several hours, the pants loosened considerably, and were riding lower on my hips than when I had put them on.

I disembarked the plane for my changeover in Toronto, and went and had lunch. After strolling the airport for a while, it was time to catch my final flight to Chicago. I quickly nipped to the loo (probably didn't need that last latte) and while in there, heard the final boarding call for my flight. I finished up, and walked briskly out of the bathroom toward my gate...at which point the flowing fabric of my right palazzo pant leg wrapped itself firmly around my left leg, getting caught in the buckle of my left sandal. I walk with a big stride, and was going at a pretty good clip. I felt the catch, and tried to free my left leg, an action that not only did not result in my left leg becoming liberated, but proceeded to launch me into the air.

It felt like I was airborne for a month. I remember having lots of time to think about how I probably shouldn't have had that second glass of wine at lunch (why are the portions so big!?), and that it was a shame I was probably going to die, because I was really looking forward to that cheeseless Chicago style pizza later that night...plus, I was wearing travel underwear, and if I had to go to the ER with a patellar or proximal tibial fracture, or you know, to the morgue, they would probably miss the cause of death on exam because they would be laughing so hard at my threadbare smalls.

Then I was rudely interrupted when I landed... hard. No, hard, isn't even the word.

I totally drilled it.

I made such a splat it made me say "oof", right out loud. This very nice older lady turned around and stared at me in horror, asking if I was ok. I got up faster than I had ever moved in my life, and assured her I was, not giving in to the desire to double over, examine myself for bony tenderness, or quite frankly, retch.

Nobody saw that right?

I walked towards my gate (nothing to see here), blinded by lightheadedness and in a cold sweat, relishing that I could weight bear, and everything felt relatively stable. No fracture then. Probably not.  I'm getting on that damn plane.

It seems I got away with it. Although later that evening and through to the next morning, I thought I had really messed up my posterior cruciate ligament. Luckily,  I was miraculously cured (after a day of hobbling around) by finally remembering to take some ibuprofen.

I got away with it...but only just. I nearly died for fashion. These palazzo pants have a lot to answer for. They have since been sentenced to community service at the local Goodwill for all of eternity. And happily, I was able to go for a run this morning on my crazy-ass blue and green-tinged knee. 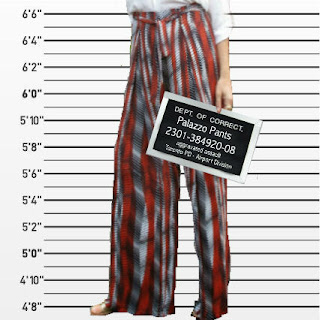 So there you have it. Palazzo pants...to be worn at your own peril ladies! Now don't forget that the Wardrobe Malfunction Essay Competition is ongoing through the month of July! Click the icon at the top right of the page for information on how to enter!