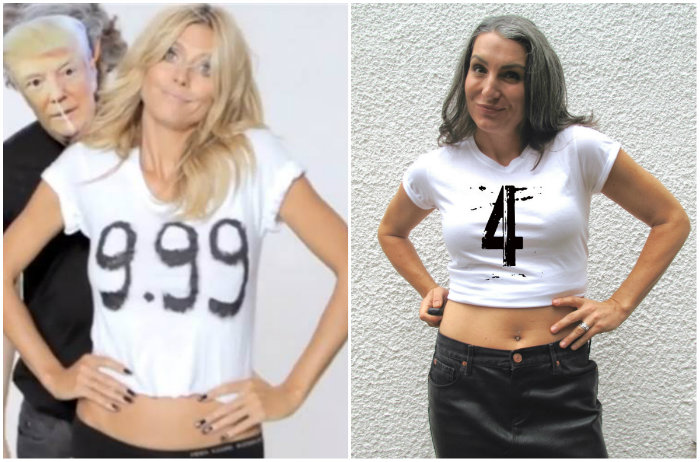 Like you, my immediate reaction was that all is lost. If Heidi Klum cannot retain her ten-ness on the Trump Scale, what hope is there for the rest of us as we creep slowly (veeeery slowly) into midlife!? Luckily, while I was online researching how I could build a raft that would simulate an ice floe so that I could push my useless carcass out to sea as to not be a further burden to society, an idea occurred to me.

As you know by now if you're a regular reader, being in the medical world, I am a fan of all things evidence-based. With that in mind, I set about creating a hotness-assessment method for us mere mortals who don't have the extreme good fortune to be on Trump's radar. A screening program, of sorts.

Women of the universe, I give you, the first of its kind Trump Number Hotness Generator™. Now you too can know where you fall on the Trump Scale, and do something about it, before it's too late. Scroll within the frame of the Trump Number Generator to access the full assessment.