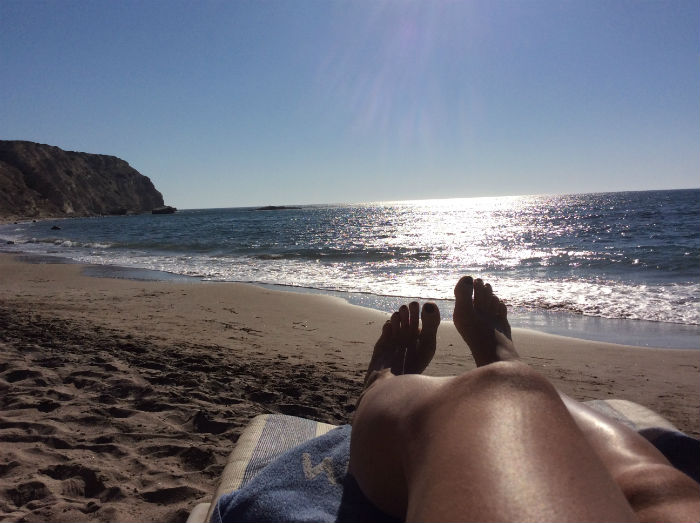 Yes, it has taken me nearly two whole weeks to get around to doing the post I meant to do when I returned from Kefalos on the Greek Island of Kos. And yes, I realise that this is the end of the summer and you are probably not wanting to be thinking about sunscreen, but trust me, you need to think about it. We all do. And until recently, I never realised how much.

This past summer, I spent some time getting to know the Environmental Working Group's Sun Safety Campaign webpage, and had a pretty serious education about the composition of the sunscreens I have been absent-mindedly slathering on my corpus. Despite the fact that I work in a healthcare profession and consider myself pretty well-informed, I came to the realisation that a lot of the things that I had been led to believe were safe products actually appear on the EWG's "Hall of Shame" naughty list. Yes, they have a naughty list, and some of the products on it will surprise you. You are probably using at least two or three of them right now. Naughty you.

Dissecting the finer points of what makes a sunscreen safe is too long a process to go into all in one post, but allow me to direct you to the EWG's 2015 Guide to Safe Sunscreens, where you can learn all about the things that a lot of the mass-marketed chemical sunscreens have in them, like ingredients that can cause organ system toxicity (including hormonal, developmental and reproductive toxicity! I know, right!?), and issues with filtering out UVB radiation without adequately protecting against UVA (a common theme among many mass-marketed chemical sunscreens). Even the old-school, mineral sunscreens that are supposedly the safest are not immune to poorly-conceived ingredients. Among the most prevalent problems with some of these types of sunscreens are nanoparticles. Apparently our advanced technology that has improved cosmetic formulations by leaps and bounds has done so in part by creating these tiny particles that can actually be taken-up into the body via the skin and absorbed, creating all manner of chaos once they build up a presence in the body. Gaaaah!

Armed with this new evidence-based information, I decided that my most recent vacation was going to be one where I road-tested some sunscreens, all of which that had a #1 rating from EWG. All of the sunscreens that I tried were mineral-based, and most are easily found in the USA. Those of us outside of the US may have to work a bit harder to find some of these EWG-rated sunscreens, but if I can do it, anyone can. I am also going to be shamelessly inserting my vacation photos into the narrative here, just because I can. 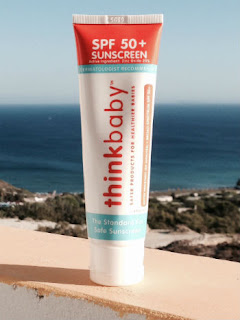 Usually I like to build-up to the best product, but what the heck. This ultra-gentle mineral sunscreen was the winner of the trip by a long shot. I often buy sunscreen for babies because they tend to forego the heavy perfumes and dyes and keep it simple and gentle. This sunscreen spread incredibly easily for a mineral sunscreen and blended-in better than any mineral-based sunscreen I've ever used. It stayed on well, and left a minimal white cast on the skin. You are always going to get a bit of a cast from a mineral sunscreen, but this one was pretty much undetectable on me, and I have quite medium to olive skin. Especially in the Greek sun. The scent was a lovely natural citrus that dissipates quickly, and even my husband, who is generally not a fan of mineral sunscreens (they stick to all his man hair) really liked this one. They also make a Thinksport version which I aim to try the next time I'm in Florida. I would definitely buy this again. Grade: A++ 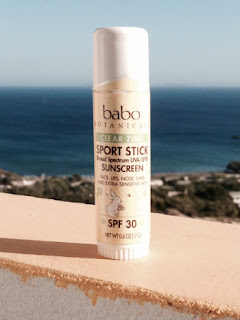 I have to say, this one was a bit of a surprise to me. When I uncapped it, I thought I was looking at a big lip balm. The formulation is very shea buttery, exactly like a natural lip balm. Although it says it is unscented, it has a very light, almond-shea-buttery scent, which I actually really like. At first, I was hesitant to use this on my face (its intended location), thinking its heavy emollient quality would clog my pores, but I did it anyway. Not only did I never burn once, my skin was soft and smooth as a baby's butt the entire trip, and I did not break out. This stuff stays on well in the water due to its very emollient nature, but I don't think it would be possible to wear this for intense sport or under makeup - too thick and slippery. However, this is a great portable option for the face if you are going to be in the pool or sea, as it really protects the skin. I really didn't notice a white cast at all, and I even used it on my décolletage towards the end of the week, with much success. I'd buy it again, yes. Grade: A 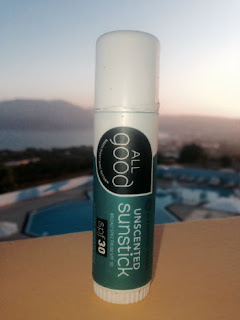 This is really pretty much the exact same formula as the Babo, right down to the "unscented scent". I think maybe the Babo had slightly more glide and was a bit easier to spread, but that might just be because that was the first one I opened and used in the hot weather. Whatever the case may be, this is pretty much an identical product to the Babo, but I'm giving it a B+ instead of an A because of the possible spreadability issue. But really, there is no issue. Everything I said about the Babo applies to this product as well. Grade: B+ 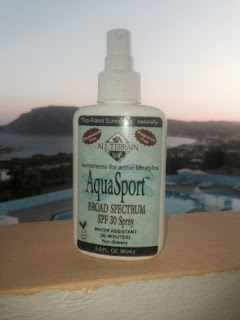 Sadly, the pump did not work on this bottle (a common problem I had read about in the reviews). Because of this, we had to sort of pour it on ourselves, and ended up using way more than we probably would have in one go. The bottle only lasted one day, and one proper application each. This sunscreen spread really well and didn't leave too white a cast, but the thinner formula makes it necessary to reapply more often. To be honest, I think if my pump been working, I may not have put enough of this stuff on to be adequately protected. That said, it worked well, stayed on well, and I would be interested in trying it again. They make a formula in a tube, so maybe next time I'll try that, although I hear the tube version is quite thick and pasty; probably exactly what makes it effective. Grade: B- 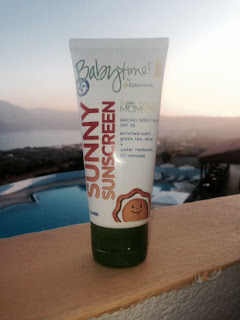 This one was my least favourite, although I hasten to add here that it worked well. This one took some pretty vigorous rubbing-in, and despite my efforts, I still had a pretty noticeable white cast about me. I don't mind looking a bit white on the beach, but I always found it funny that after a day at the beach, I would go into the shower one colour and come out tan. This sunscreen is probably the most like one of the old school mineral sunscreens of the bunch that I tried, but it is still far and away better than the chalky stuff of days gone by. I noticed that this sunscreen would gather anywhere you had a bit of dry skin or hair - anywhere that wasn't a perfectly smooth surface. I probably wouldn't buy this one again, but it is effective, and I will use the bottle until it's gone, because that's how I roll. Grade: C 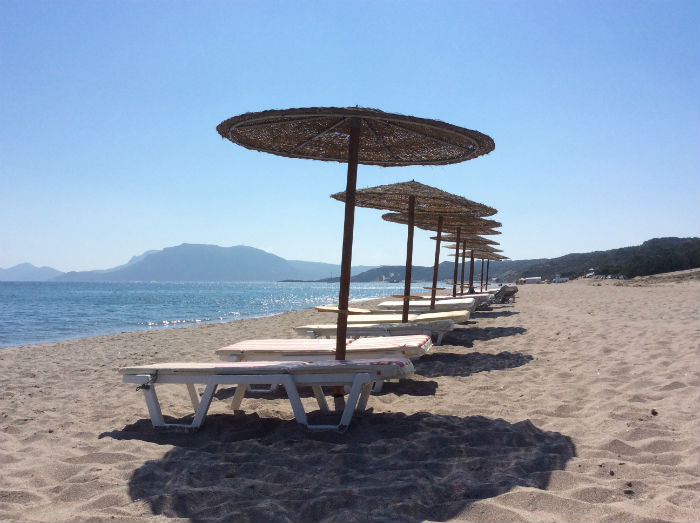 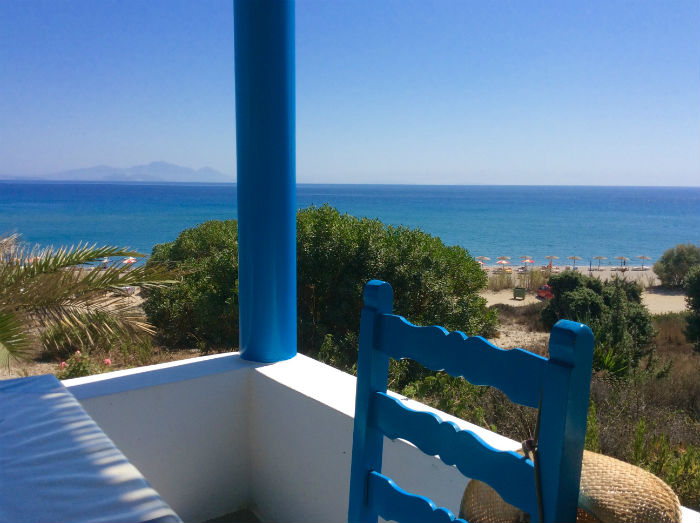 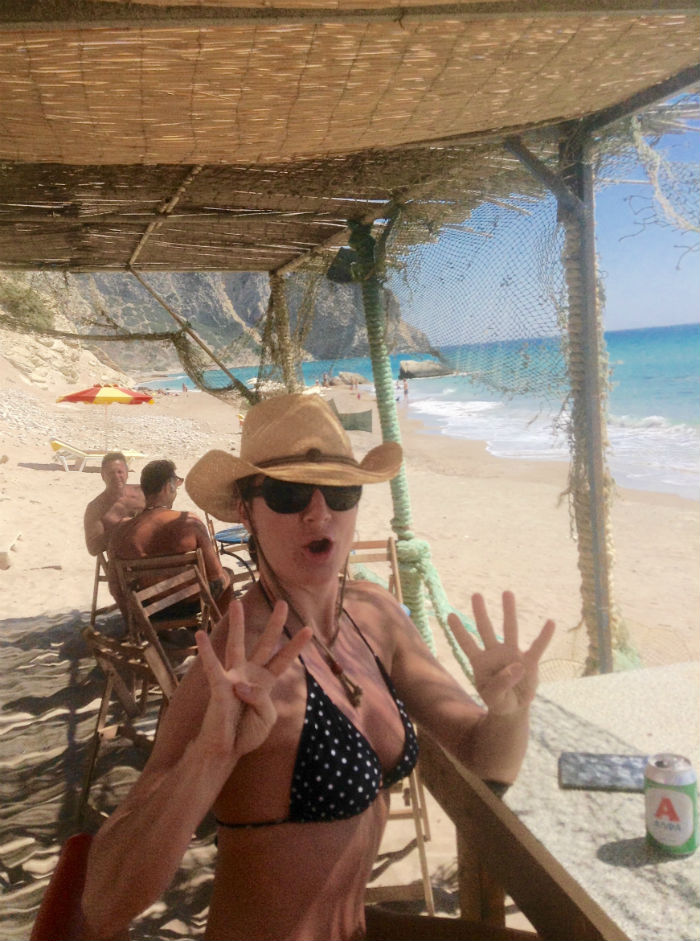 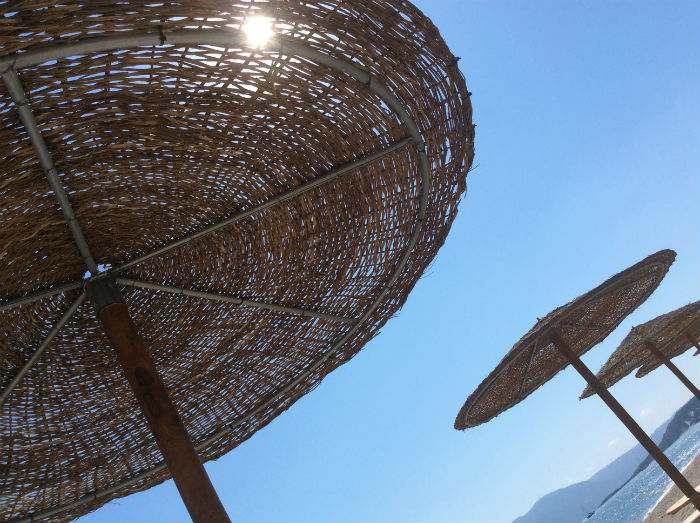 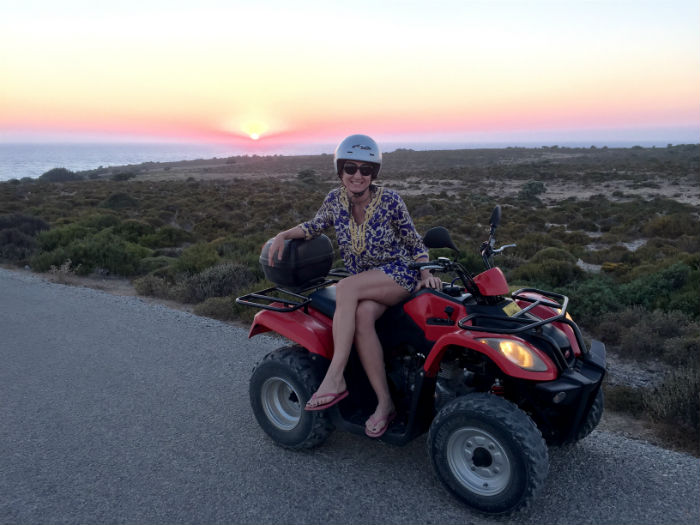