Louis Moinet is an independent, high-end watch brand that is based in Saint-Blaise, Switzerland. When they asked me if I wanted to participate in the launch campaign of their latest creation, the Memoris chronograph (for which I hasten to add I am not being paid), I jumped at the chance. You see, I have a bit of a thing about watches. Okay, full disclosure; it's more than a thing. It's actually more like a full-blown obsession, and Swiss-made timepieces are really and truly at the top of the timepiece food chain.

Case in point; every year, my husband and I usually find ourselves in Switzerland for a few days whilst in transit during the ski season. The very second you get off of a plane in Geneva, you are met with movie poster-size, gorgeous and glossy adverts for some of the most beautiful timepieces on the planet, all boasting exotic materials like chunks of meteorite, pieces of of dinosaur bone, or shavings of space shuttle. I simply cannot get enough of these beautiful works of art, and have been known to come to a dead stop, carry-on luggage in hand, in front of every single poster along the corridor, closely inspecting the timepieces pictured. This is a practice that usually ends with my husband dragging me away towards the baggage claim, still looking wistfully over my shoulder at the beautiful watches I covet.

For me, it's the inherent elegance of the marriage between something artistic and something pragmatic that really draws me to these timepieces. In the case of Louis Moinet, there's yet another ingredient that makes their pieces even more compelling; they have history on their side.

The original Louis Moinet was a visionary. Born in 1768 in Bourges, France, he began his early career as an artist and Professor of Fine Arts at the Musée de Louvre before finally indulging his long-held passion for horology. After 1800, Moinet was dedicating his time exclusively to horology and the making of timepieces. His commissions were impressive, and included clocks for the likes of Napoleon Bonaparte, King George IV of England, and Thomas Jefferson.

There is however, one particular invention of Moinet's that has forever changed the watchmaking world. He called it the "compte-tierce", which literally translates to "thirds counter". In Moinet's day, a third was how they referred to a sixtieth of a second. Moinet created his compte-tierce with the hopes that it would enhance another of his interests, his astronomical observations. Like so many great visionaries who exist in that beautiful place where art and science dance flirtatiously with mathematics, Moinet created something beautiful, pragmatic, and whose presence would change the face (pun intended) of watchmaking forever. He had invented what we now refer to as the chronograph. 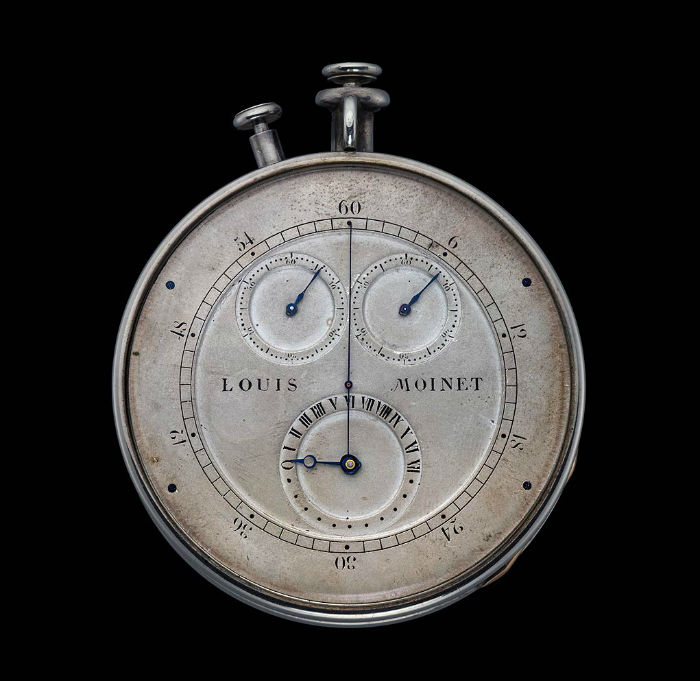 It is this groundbreaking invention that the present day Louis Moinet company is honouring with the launch of the Memoris chronograph watch. The launch comes just in time for their tenth anniversary, which also happens to mark the bi-centenary of the invention of the chronograph.

While no one would argue that the chronograph is an area of watchmaking that has been left unexplored, the Louis Moinet company has taken this classic complication and given it pride of place by placing it front and center on the Memoris, the first-ever placement of its kind, and an action that seems fitting for a timepiece celebrating the invention of the chronograph.

After doing quite a lot of reading about the life and career of the original Louis Moinet, I was genuinely struck by just how on-point this timepiece really is. Moinet was a man whose natural curiosity and thirst for knowledge led him to be a master craftsman, an artist, a student of architecture, astronomy, a great sharer of ideas, and a great many other things as well. Moinet the company has managed to somehow blend all of these facets of Moinet the man into one seriously beautiful and well-appointed timepiece. To look upon the face of the Memoris, you can't help but feel a bit like you're looking deep into the inner-workings of the mind of the man himself. 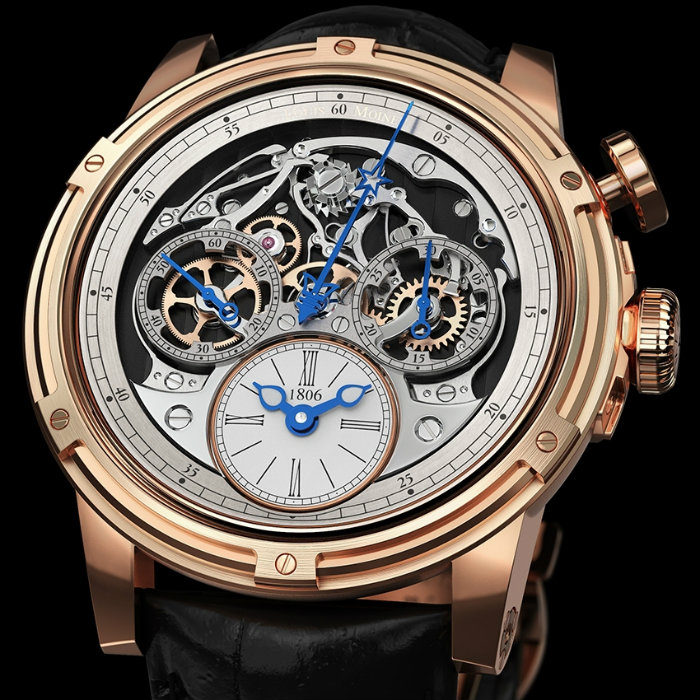 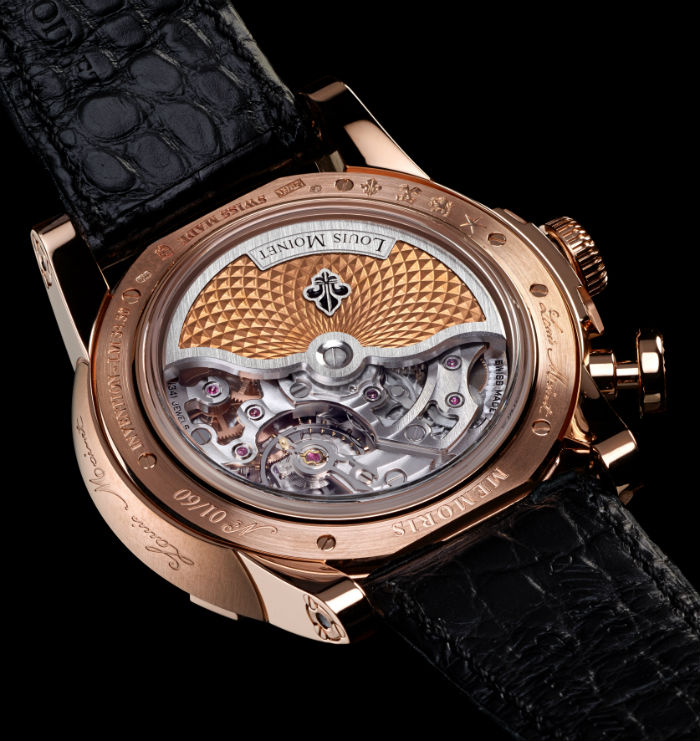 The historical significance of this timepiece does not preclude it from having some very luxurious and modern finishes that secure its status as coming from one of the most prestigious watch-making ateliers in the business. In case like me, you are still in a bit of a daze from looking at these gorgeous photographs, I've broken down just a few of the particulars for you.


The Louis Moinet Memoris has been nominated for the Grand Prix d'Horologie of Geneva for 2015.