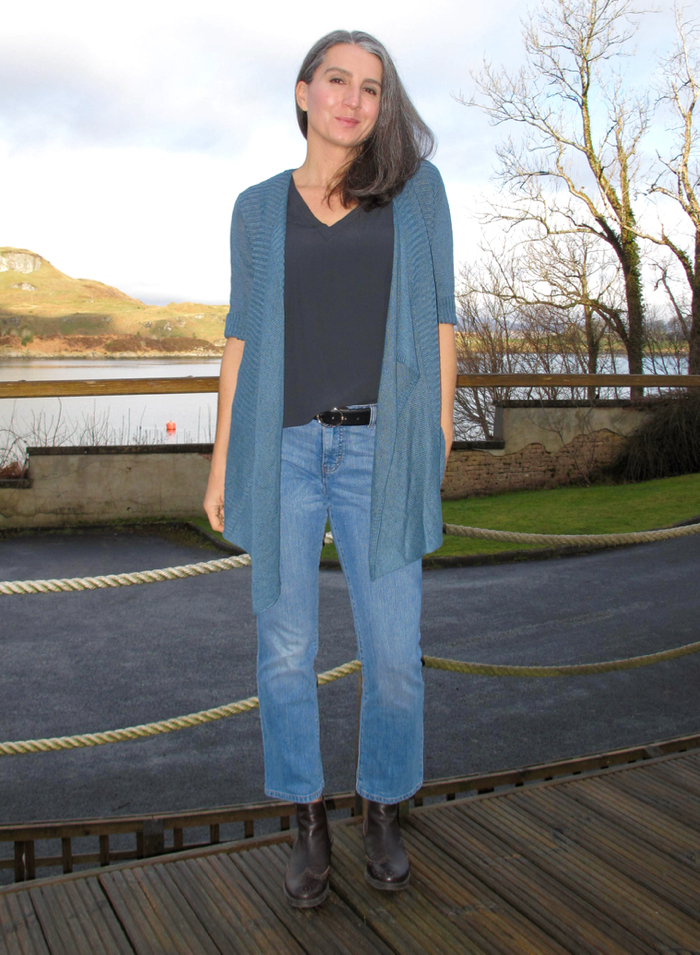 Later today I'm flying from Glasgow to Malaga, where the temperatures are considerably sunnier and warmer than they are here. This always poses a problem at this time of year. You can't really run around in Scotland in open toe shoes for very long (although I've done it before when catching a flight, and it was brutal), so I always try to come up with some casual kind of convertible outfit that will play on both sides of the flight, yet have minimal pieces to change-out.

I like that slouchier, more casual looks are coming back into vogue, because it makes this kind of dressing so much easier than back when skin tight jeans were the thing. And do not even utter the word leggings to me. No. Leggings are for yoga, and wearing under your tennis skirt when it's cold. I don't think I could bear walking down the aisle of a plane in leggings. I am of the leggings are not pants school of thought.

But I digress. Just like our parents always told us (right after the whole thing about 40% of your body heat leaving the body through your head, which turned out not to be true!), the key to surviving such drastic climate changes is layering.

Here, I've used my black flutter-sleeve draped tee and a pair of cropped jeans as the "base" . A lightweight cotton cardigan (which will also work well at night in a warmer climate), and a change of shoes, and that's basically it. Oh, and a ponytail. Because I used a blowdrier today for the first time in months, and now my hair is massive. So best not to turn your back to it, try and move really slowly,  and whatever happens, do not look directly at it, because it will see that as a challenge and attack. Just stay nice and calm and still, and eventually it will get bored and move on. 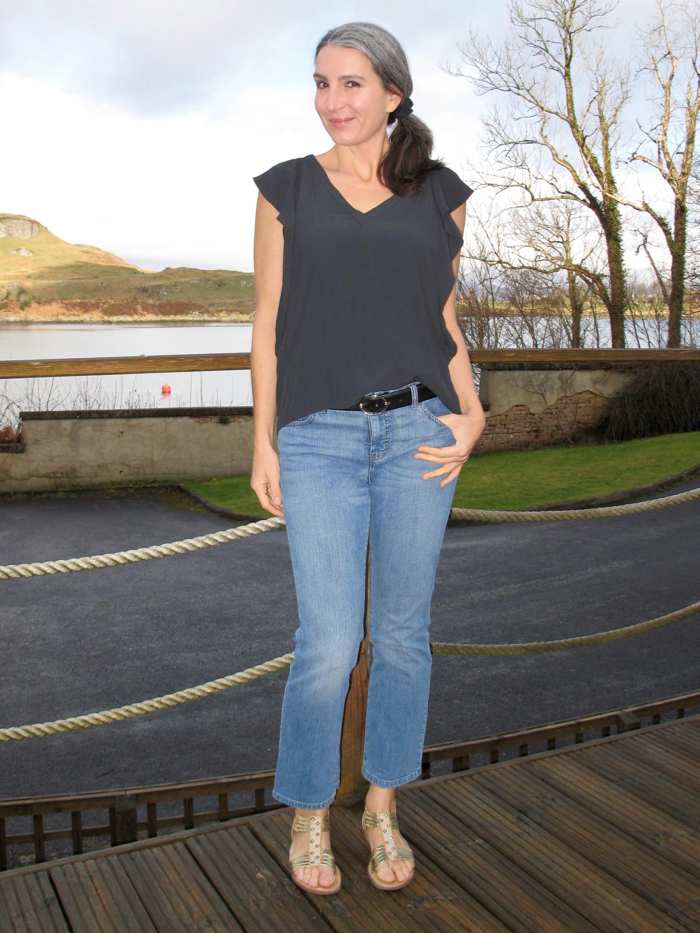