The Futile Art of Post-Op Chic 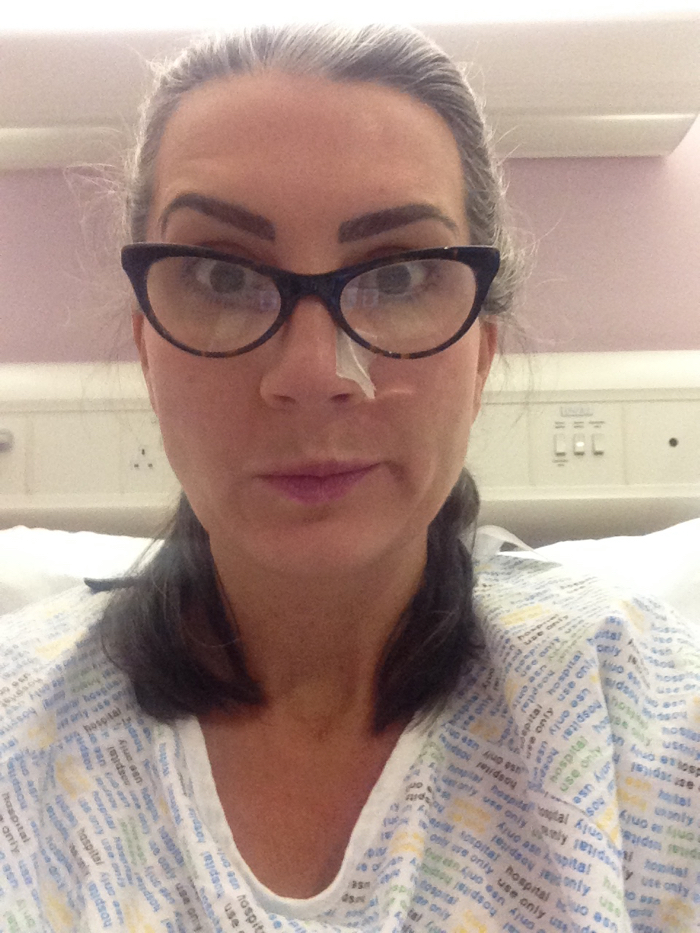 First off, let me preface this post with a reassurance that I am fine. Do not panic, do not run for the exits - remain calm. I am not sick, or dying, or having any other catastrophic kind of life event. I simply had to have an operation. It was planned. Oh, and they put that piece of tape on my nose to keep my nose stud from falling out when they anaesthetised me. Cute, yes? That with the braids, and I look like what might happen if Pippi Longstocking snorted too much coke as an experimental teen and by midlife, had let herself go.

Two weeks ago, I went in for the hysterectomy that I had been trying to put-off until I was closer to 50 (I'm 45), but it just sort of became time. It was laparoscopic, and I was in and out of the hospital in under twenty hours. Ladies, we're all (well, not all of you, but a lot of us are) middle-aged here, and let me tell you, there is no joy in the finality of having to get your uterus yanked-out of your abdomen. However, if you do find yourself in a similar situation, the single best piece of advice I can give you is to get yourself into the best physical shape you possibly can before you go in. It really makes a difference, especially if you can manage to have keyhole surgery as I did.

But this post is not meant to be a medical post. Goodness sakes, no. Where's the fun in that!? You guys know me better than that. No, this post is about that great conundrum of what in the hell you are supposed to wear when you go to the hospital, and for the time after when you are recovering at home. You'll have to forgive the haphazard iPhone snaps, but that was about all I could muster those first few days.

So what do I wear after an op?  Typical hospital stuff, right? Dressing gowns (that's British for bathrobe, my American friends), slippers, pyjamas……all of that stuff, right?  Things that won't make a sore belly more sore. The thing about that is, I hate that stuff.  I hate all of it. I really hate bathrobes, and the idea of walking around in a public building in a bathrobe….just, no. This is a viewpoint likely compounded by the fact that for a living, I am a practicing hospital-based acute care nurse practitioner, to whom going to the hospital as a patient seems tantamount to an attempt at going camping at the office. If I am going to have to go pajama camping in front of my colleagues, the least I can try to achieve is a glamping vibe.

Normally, for any surgery south of the upper abdomen, I would probably have gone for a simple, a-line shift dress that pulls-on over my head. It's loose across the abdomen, easy to put on without bending over and whatnot, and you get to wear cute real clothes.  However, when I went to my pre-op appointment the day before surgery, I was informed that I would have to wear TED compression stockings (the ones that prevent blood clots) for six weeks. 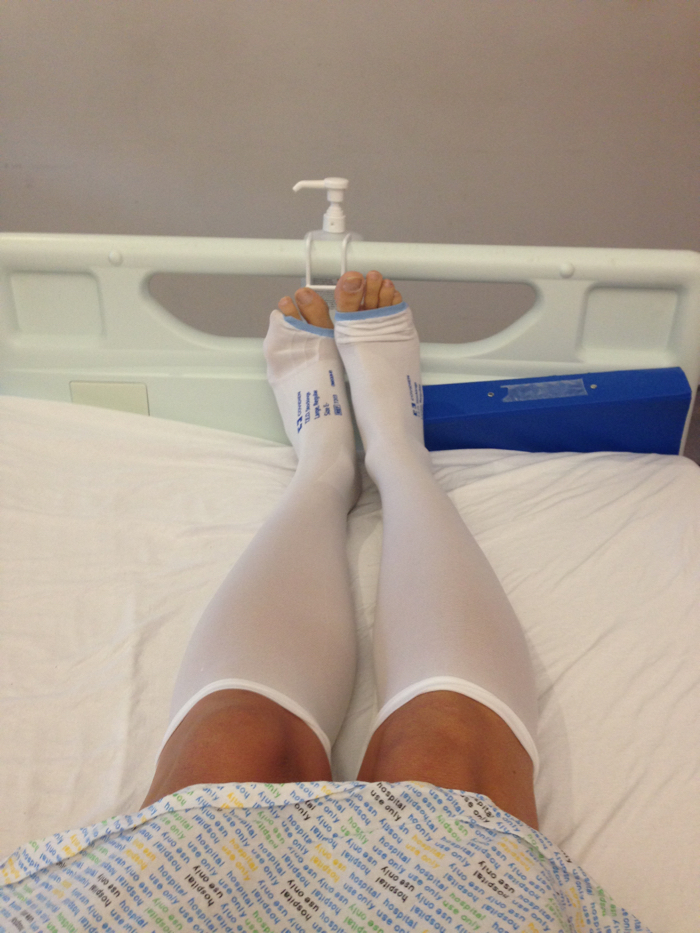 And me without my tall boots. Even with tights on over the top of this hot mess, that was going to be a whole lot of lycra. It would be like inviting a yeast infection over for dinner and then offering it your bed for the next six weeks while you sleep in the dog bed. Besides, tights seemed like far too much squeezy-squeezy for the first few days post-op. No, that was not going to be an option, and unless I wanted to walk around in public in a shift dress with my medical stockings hanging out from underneath,  I needed a plan B, and fast. The op was the next day, it was already late afternoon, and I had to be there at 0700.

I had my husband drive like lightning to downtown Glasgow where I feverishly scoured the shops before they closed - looking for something that would work (read: not make me hate myself).  It was H&M to the rescue; I managed to put together a few pieces that were soft and easy to wear, had a bit of shape, and would conceal the TED stockings if I needed to go out somewhere while I slogged through those first few post-op days, before I could get into a decent pair of jeans again. I have to admit, the jersey jogger-style pants in particular were cuter than I had expected. 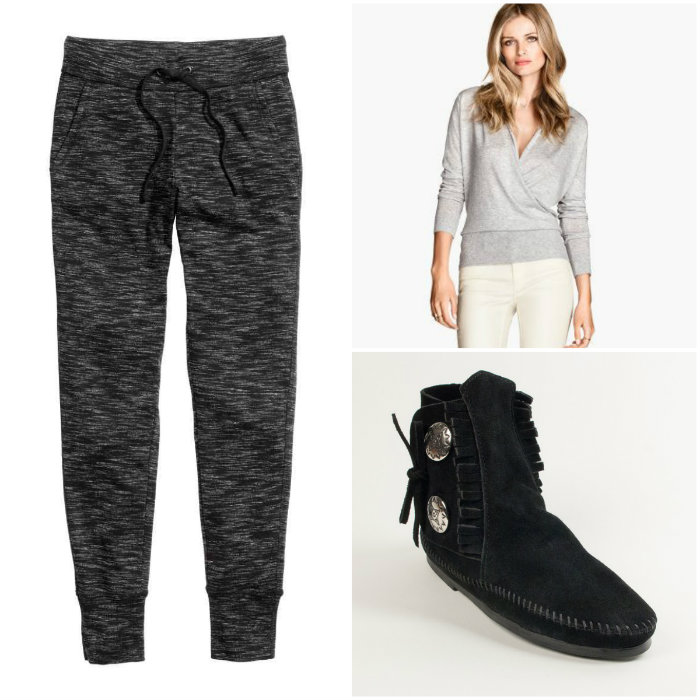 It turned out well. As soon as I was allowed to, I got dressed in my "real" clothes from H&M (had to take the tags off in the shared bathroom on the ward), and was discharged a few hours later into the custody of my husband, who being the stellar guy that he is, had gotten us a really fancy-schmancy  hotel so that I could sleep it off before returning to the highlands the next day.

For the (incredibly slow) two block walk to the car, I layered this vest from H&M (mine is from last season but it's the exact same one) over it, and I actually felt like I was wearing real, albeit "sporty-casual" clothes, which came in handy when walking into the lobby of the fancy-schmancy hotel where we stayed the night. You'll forgive me the fact that I forgot to snap a picture of my outfit. I was busy. 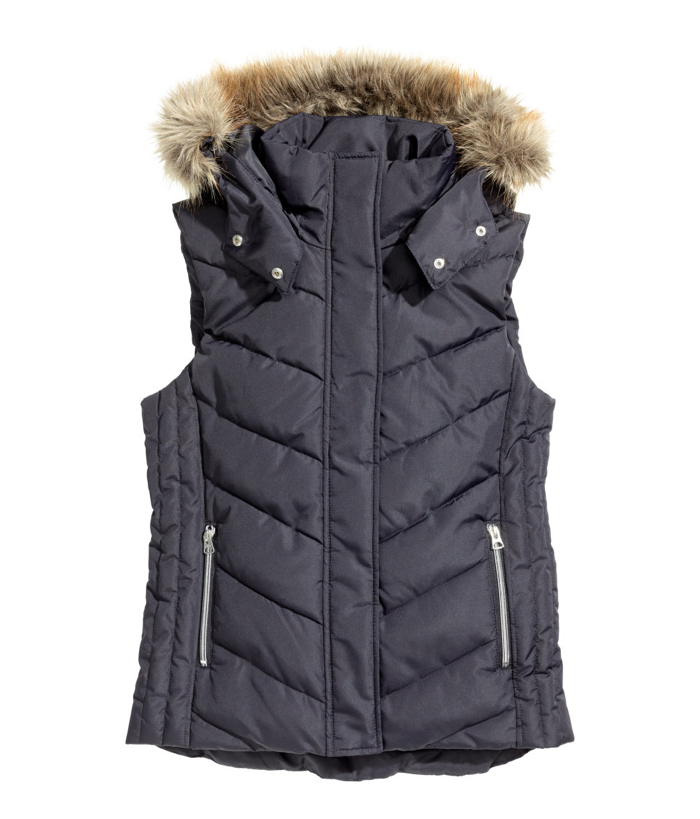 Around the house, it was sort of a different story in those first few days. I learned a few things about which of my clothes are the most comfortable by wearing the oddest of combinations. For instance, did you know that you can totally pair flip-flops with TED compression stockings? You can. 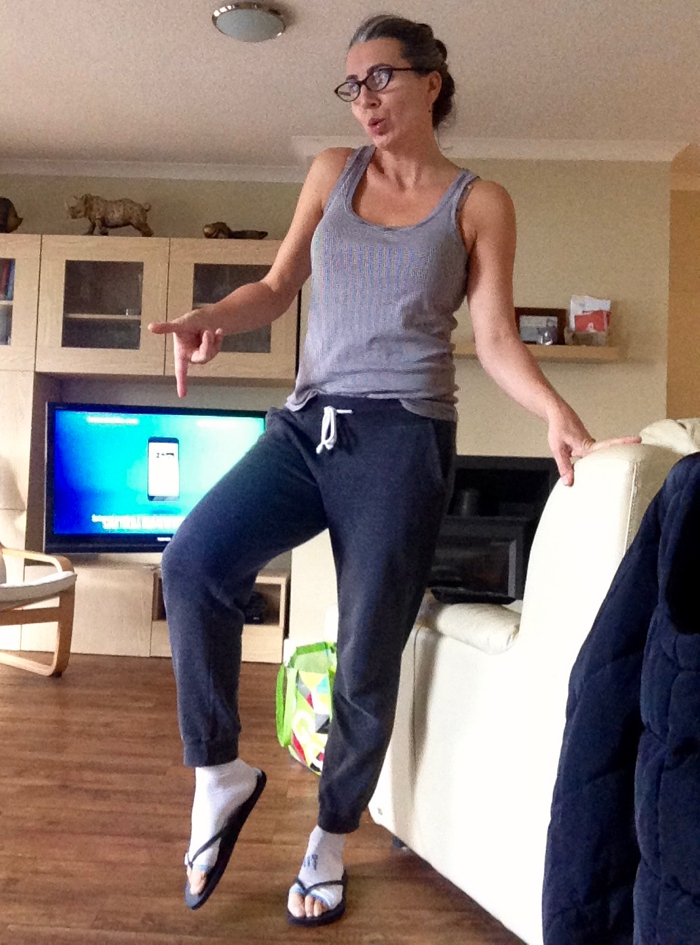 Sexaaaaay.  I also learned that the little sweatshirt material skirt that I got at H&M a few years ago is probably the most comfortable thing in my closet. It also resulted in my husband's favourite recovery look, which I affectionately dubbed "Post-op Rollergirl." 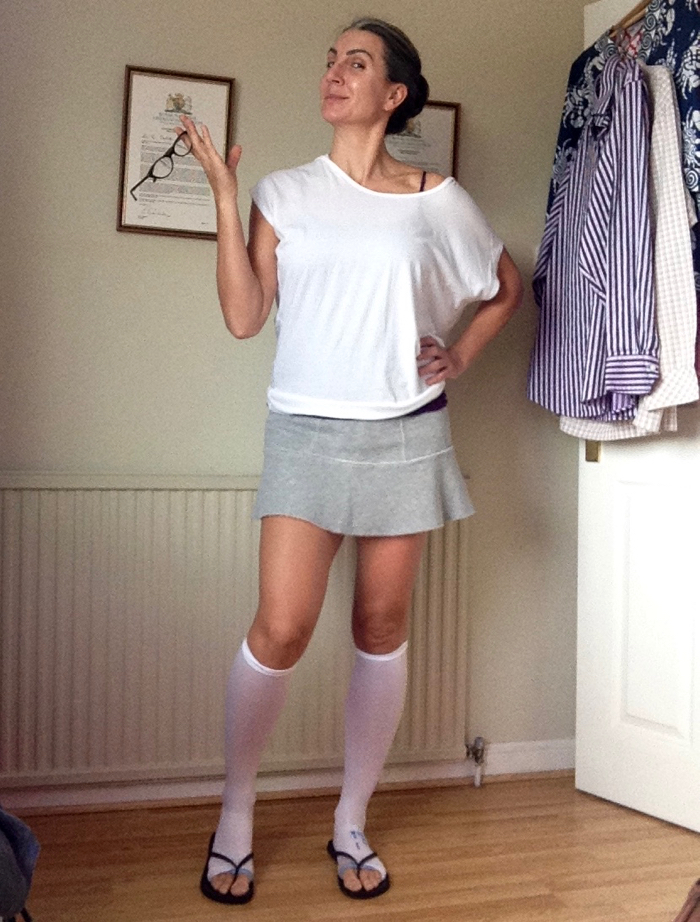 I'm pleased to report that two weeks on, I am now able to wear "real" clothes again. I'm back to exercising, albeit only walking the route I usually run. The plank jacks, burpees, and Insanity workouts are going to have to wait another several weeks before they come back out, but slow and steady wins the race, right?

I am however harbouring one dirty little secret that I am going to share with you if you promise…promise not to tell. I may be on record in several places saying that I would never do this, but I want you all to know that I can quit doing this any time I want. I am in complete control, and I do not have a problem.

There. I said it. 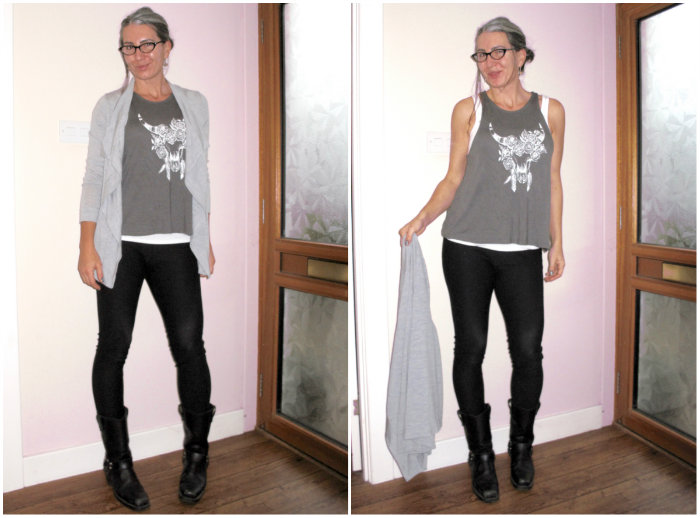