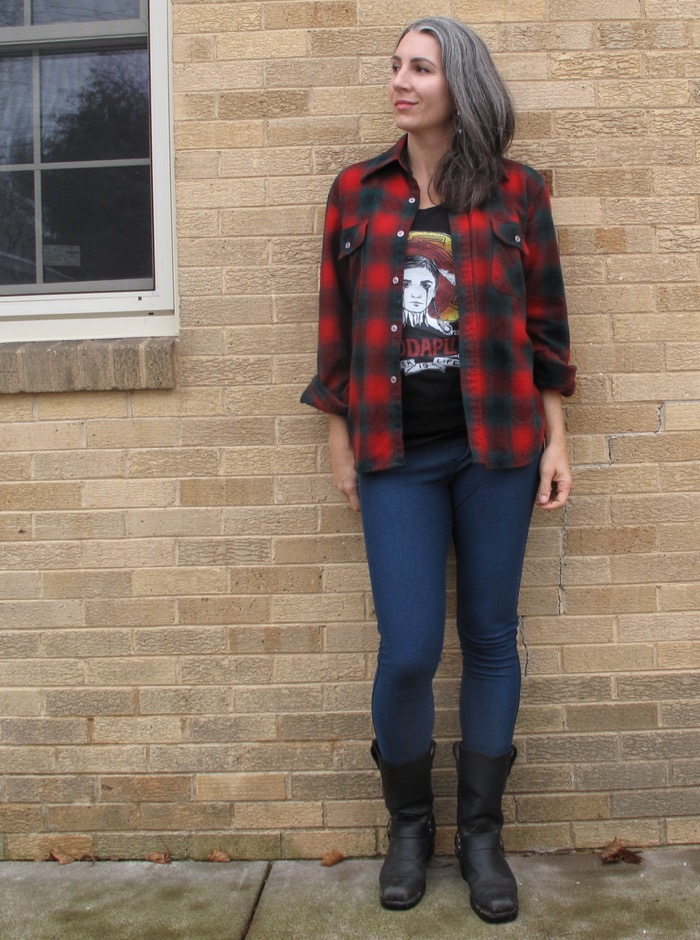 After catching a glimpse of myself in my knocking-around Wisconsin in December clothes, I realized pretty quickly that today I am dressed almost entirely like my 1990s self. Sure, the hair is grayer, the Doc Martens have been exchanged for my lucky pair of Durango boots, and I've disavowed that hideous deep burgundy and taupe lipstick for something that doesn't settle in the cracks and make me look bats**t crazy by noon, but the essential 90s framework is still pretty much alive and well here, for whatever reason.

You can read into this whatever you like. Some say that people tend to settle into whatever period of their life was the most fruitful and stay there (hello Madonna, I'm talking to you) - their development arrests at a point where they feel they were in their happy places. Others might argue that smallish towns in the midwest call for a lighter touch when it comes to the amount of fancy-pants that you apply to your look... although admittedly this has never stopped me in the past. Of course, it could just be that I have been living out of the same campfire-saturated, prairie-dust coated bag for nearly a month now, and I've just gotten comfortable with it. Whatever you choose to go with, they're likely all at least a little bit true, and apparently these little mini-truths all add up to Kristin, circa 1996, with the notable exception of the Nirvana concert tee, which has been swapped for my #NODAPL tee.


Which brings me to another point (see what I did there?) If you've been following the Dakota Access Pipeline, you'll have heard that a victory was won yesterday when the federal government denied the pipeline's master puppeteer, Energy Transfer Partners, the easement that was needed to complete the project and drill underneath Lake Oahe, a reservoir on the Missouri river. However, as good of news as this is (and it is good news), this chapter in American history is far from over. The skirmish has been won, but the battle rages on. The pipeline company has already proven to us that they will engage in tactics ranging from environmental racism to blatant and outright brutality in order to protect their interests, and with a new administration on the horizon that has their own interests in the pipeline, this victory should be seen as one of cautious optimism, and not and out and out win. The world may have only recently woken up to what is going on at Standing Rock, but the civil rights abuses that have been going on at the Standing Rock reservation are very, very real, I can assure you.

That's why for now, the water protectors aren't going anywhere, and they need all the support they can get. I've been collecting funds for a firewood drive for the Sacred Stone Camp, the original encampment at the Standing Rock reservation. Many of you will be well-versed in Midwestern American winters, but if you are not, suffice it to say that temperatures of 50 and 60 below zero Farenheit (with our old friend, the "wind chill" factor) are a thing. It's cold. We're talking walk one step outside and all your nose hairs freeze together cold.

If you want to donate, click here, or find the icon at the top right hand side of the blog. Updates will be provided through the Go Fund Me page, and your support will help to keep the fires burning through the winter - 1990s gear not required. 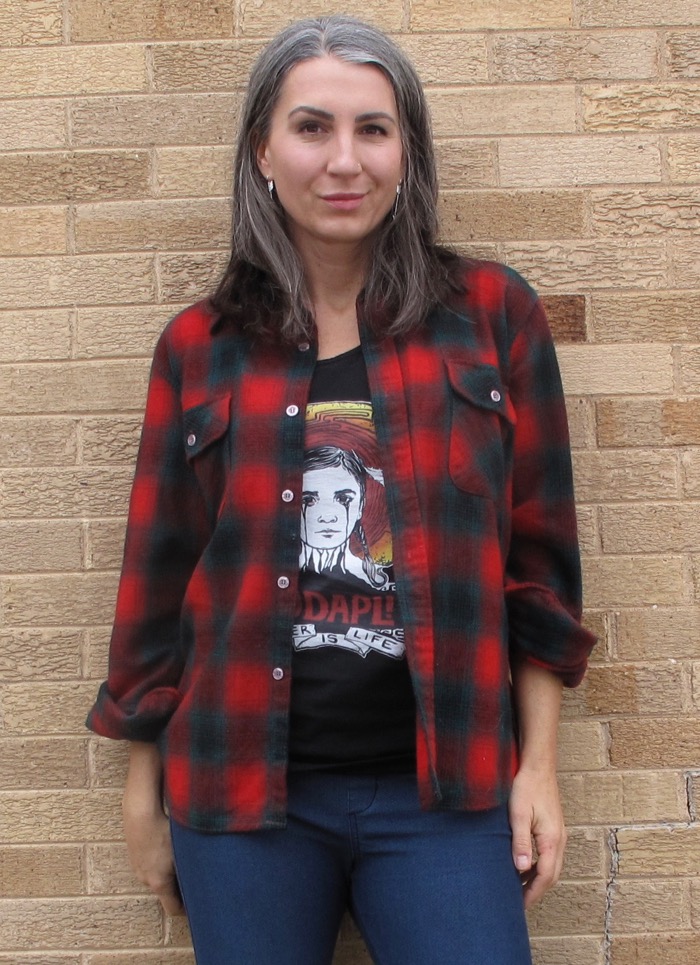 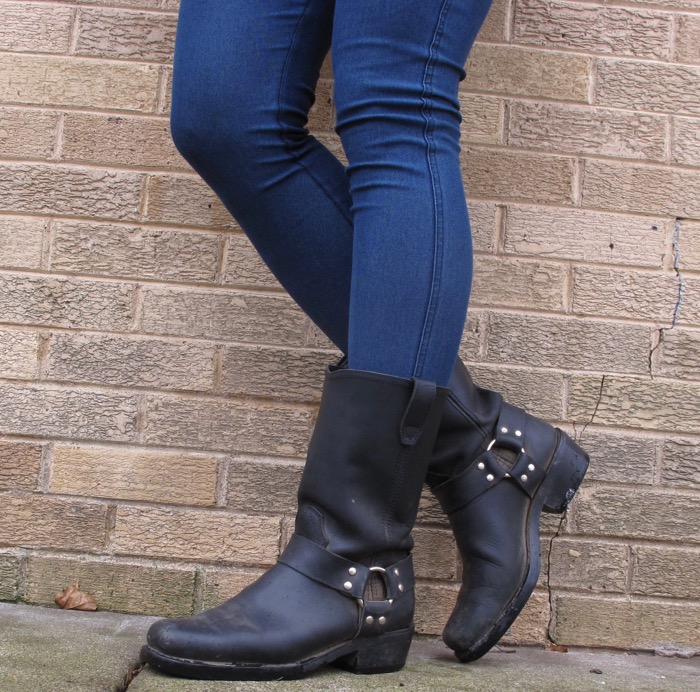 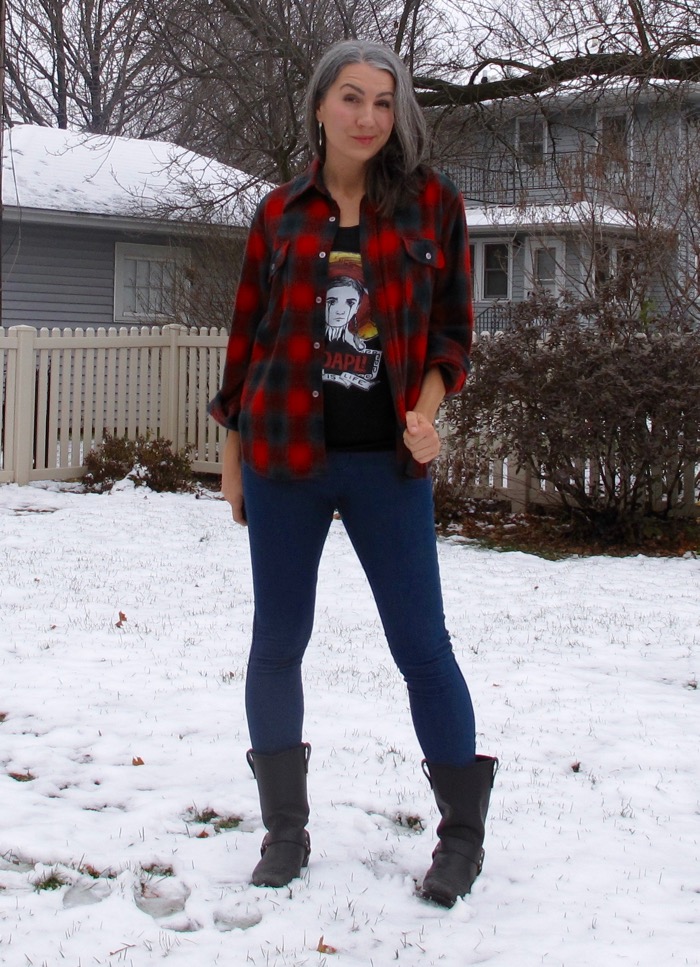 Shared with: Not Dead Yet Style, Style Nudge