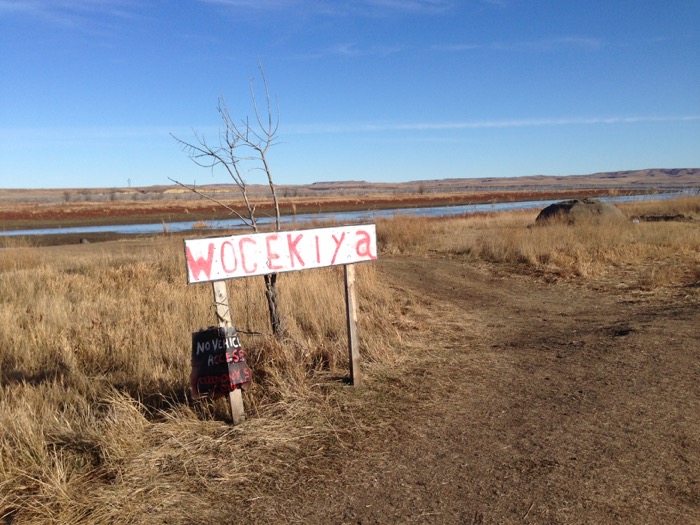 Greetings once again readers. It's been a while since my last instalment, but I do not come back to you empty handed. While I will be returning to all things fashion just shortly, I wanted to share with you my recent experience. As you may already have gleaned from previous posts, after my recent surgery I had a bit of time off to have a midlife crisis reflect and recover my physical and spiritual selves. Once I was over the initial postoperative period, I decided to head back to the USA, see family, and spend a little time taking in the lessons to be learned out at the Standing Rock reservation in Cannon Ball, North Dakota. As most of you will know, there is an ongoing standoff going on out there between an indigenous-led movement of water protectors and the spectre of the nearly-completed Dakota Access Pipeline, or DAPL, as it has been not so affectionately named.

Sure, plonking-down in an encampment in the middle of the Great Plains in mid November (and again in January) may seem like a rather strange choice after major surgery, but in my case it very likely saved me from myself. I'm the type that within fifteen minutes of waking up in the recovery room, will start the workout countdown…checking off the minutes until I can try to do burpees again, or some other such athletic endeavour that you're not supposed to do for a while after surgery.  I figured that a visit to Standing Rock would be a welcome distraction, an opportunity to help out where I might, and hopefully a chance to not only join a historic movement, but also finally learn something real and tangible about the first people of the lands that I grew up on and around in my home state of Wisconsin. Because let's be honest here, we are getting little to none of that in school. At all. Not even a little bit. I arrived at the Sacred Stone Camp about an hour and a half before nightfall, pitched my tent, and within 24 hours, the lessons started coming hard and fast. Whether it was something like the etiquette surrounding the always-burning Sacred Fire, or the subtleties in addressing the medical needs of an indigenous population (something I have had literally zero experience with where I have always lived and worked), the learning curve was immediate. However, the people were welcoming, and the message was clear - be still, and listen.

There is literally no end to the amount of things that I learned in the weeks I was there, and there is no end to the things I still have yet to learn when (yes, when) I go back to visit what I now consider to be my newly-adopted family. For many of us, being in an environment steeped in an unfamiliar culture was not unlike being in a foreign country - at first. But before long, if you keep your eyes and ears open and your mouth shut (mostly…that's a hard one for me), it starts to feel like the most natural thing on Earth.

I didn't take many photos while I was there. The experience of Sacred Stone comes at you with so much force that it left me keen to not live it through the lens of a camera. But I do have a few iPhone snaps, accompanied by what I feel are some of the most important lessons I learned, and undoubtedly need to keep learning. As non-Native Americans,  we are not who we think we are.  Or perhaps I should say we are not who we are taught to think we are. In our school systems, we gloss-over the ugly truths about how we came to be in our country, and that's if we hear about it at all. We talk about "taking America back" and "making it great again", but we neglect to recall the thing that is perhaps the hardest to digest; at our country's beginning, the tactics that were used to essentially rob indigenous people of their lands and culture were dehumanising, brutal and inhumane, and more than a few of us will have a relative or two who would have done these things to other human beings. Our history as settlers is a lot uglier than we are ever taught, and whether or not you can trace your family tree straight back to the Mayflower or a fur trading camp, as non-indigenous people, our ignorance of our own history makes us implicit in these efforts to erase indigenous history.  It's not an easy thing to look your own history in the eye and see something so brutal staring back at you, but when we throw language around like "taking America back", we are honouring colonisation, in all of its brutality.

Our colonial mindsets have a way of creeping up on us, unannounced. This is one of those things that sort of takes you by surprise when you arrive. As non-indigenous people, we often can't help ourselves but to want to take over; to spread our good ideas, come to the rescue, start a movement, and be in charge. After all, this is something that is highly valued in our society - a "go getter" attitude will serve you well in everything from financial gain to upward social mobility, right?

Thing is, at the camp, the rules as we think we understand them do not necessarily apply.  First and foremost, we need constant reminders that the movement is not about us. Sure, it's an environmental movement, so one could argue that it's about us all, but the crux of the matter is that as non-Natives, we are guests of the Lakota/Dakota/Nakota Nations. To be helpful to the movement and learn, it is necessary to first and foremost shut up and listen - take cues from the Elders and ask permission when you do not understand or know. Do not automatically assume that you are helping when you "fix" things, and perhaps most importantly if you want to grow, is to let go of your need to be right.

Be the person who does the work.  In an environment where you are essentially building a community from scratch, there will be growing pains. There is a mishmash of attitudes and work ethics all essentially thrown into the same pot, and the conditions are always right for things to get a little interesting. There will always be those who float around doing very little, treating the movement  much like they would a music festival (we called these people "sparkle ponies"...mostly behind their backs…mostly), and there will always that a handful of people who are up every morning, making sure things are ticking over - essentially getting it done for the greater good. Be that person - the getting it done person. Instead of being the person who saunters into a common area asking "is there any water yet?" before skulking away again to go sleep, be the person who asks if he can help the guy who de-thaws the generators that are needed to de-thaw the water tanks after a long, cold night. Be that person.

Intergenerational trauma is very real. If you've ever heard uttered, or perhaps uttered yourself the phrases "get over it" or "move on" in relation to past struggles of indigenous people, it's time for you to sit down with some indigenous people and listen to their stories. The stories that I heard while I was there were in turn heartbreaking, enraging, and at times, even beyond my ability as a white woman from middle class Wisconsin to even put into context. However, these are the stories that we most need to hear, and they definitely served as an education as to why it's not quite as simple as "getting over it."

Everything is fifty thousand times harder in winter. This goes without saying, but the degree to which camp living is affected by the subzero winter weather was a slog even for those of us who grew up accustomed to this kind of weather. Simple things like a quick nighttime trip to the outhouse become daunting tasks that require four layers of clothing, a special headlamp, some sniper-like good aim, and a set of steel nerves.

Fire safety is more important than I would have ever imagined. In my final two weeks alone, I was involved in two fires. Mind you, that's not counting the numerous distant tent and tipi fires that happened the rest of the time I was there. Wood stoves, propane heaters, and inattentive or overtired campers make terrible bedfellows. Fire extinguishers are so important, I'll never, ever live without one again. Also, FYI - if your day starts with a blast heater catching a generator on fire that spreads to a bunch of straw bales and you have to run full-tilt through waist-deep snow to get to it when you're still getting over your stupid cold, you can pretty much rest assured that the rest of your day is going to be crap. I found this to be a good overall prognostic indicator.

And finally, I'll leave you with one final lesson learned.

Frostbite happens. If you must go to the compost toilet in the middle of the night without the crampons on your boots, and while "hovering", your feet slip and you sit down hard on an icy toilet seat, you may be tempted to think to yourself  "Oh well, I'm here now, I guess I'll just sit here and get on with it."

Do not do this.

No matter how tempting it may be. No matter how tired you may be. Stand up. For God's sake, stand up! You can thank me later. Trust me on this. 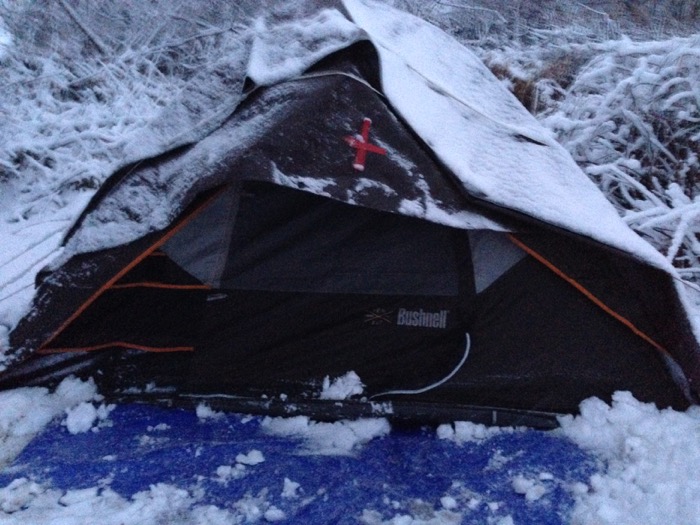