We Made a House 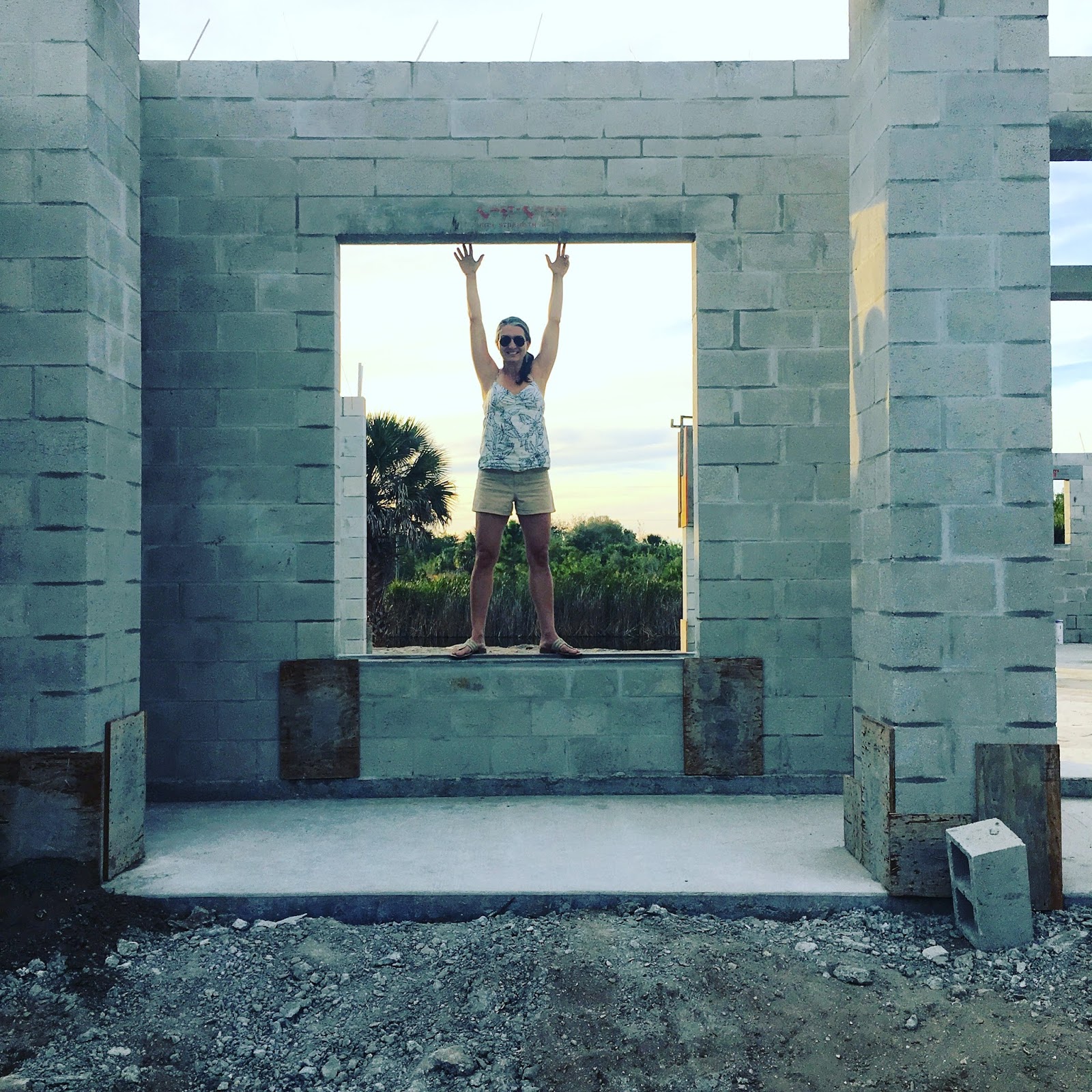 You'll have noticed that my postings have been a lot less frequent over the last year or so, and probably heard me mention that we were spending a lot of time in the States. This is the reason why.

I never thought I would be a person who would build a house. I have virtually zero interest in real estate, "flipping" properties, and all of that other stuff that seems to make up so much modern daytime television fodder. However, my husband and I knew we were probably eventually going to want to move back to the USA, and him being a marine captain, it had to be in a coastal region or he would dry up like a snail and die. Me too for that matter. Once you get used to having the sea nearby, it's hard to leave it behind. So we settled on SW Florida. Good climate (we like the tropics), great sunsets, and it's relatively accessible for travel.

We realized a few years ago that the market was quickly recovering from the housing bubble burst that crashed the economy. Florida in particular was especially hit by the market crash. In fact, if you haven't already, watch the movie The Big Short. It really quite succinctly outlines the kind of greed and myopia that led to the crash. It will probably also make you angry, but quite frankly had it not happened, we probably would have never been able to afford to build something new. Not that I'm saying it was a good thing, but you know. It happened.

After a few years of casually looking, we soon realized that the place we had earmarked was going to cost about the same to build as it would to find an existing property and upgrade it, and we kind of needed to hurry. The market was recovering quickly, and we needed to do it soon or it would be out of our grasp financially. So we sold a bunch of stuff, waited for what felt like forever for the money to come via the various beurocratic processes in continental Europe and in the UK, and finally pulled the trigger.

It's a smallish house by American standards - about 1700 sq feet. However, to us it feels like a freakin' palace. It's done now, and though we aren't yet in a position to move (thats a few years off yet), we are thrilled with the end result. So here's a little snapshot of where I have been hiding for the last wee while.