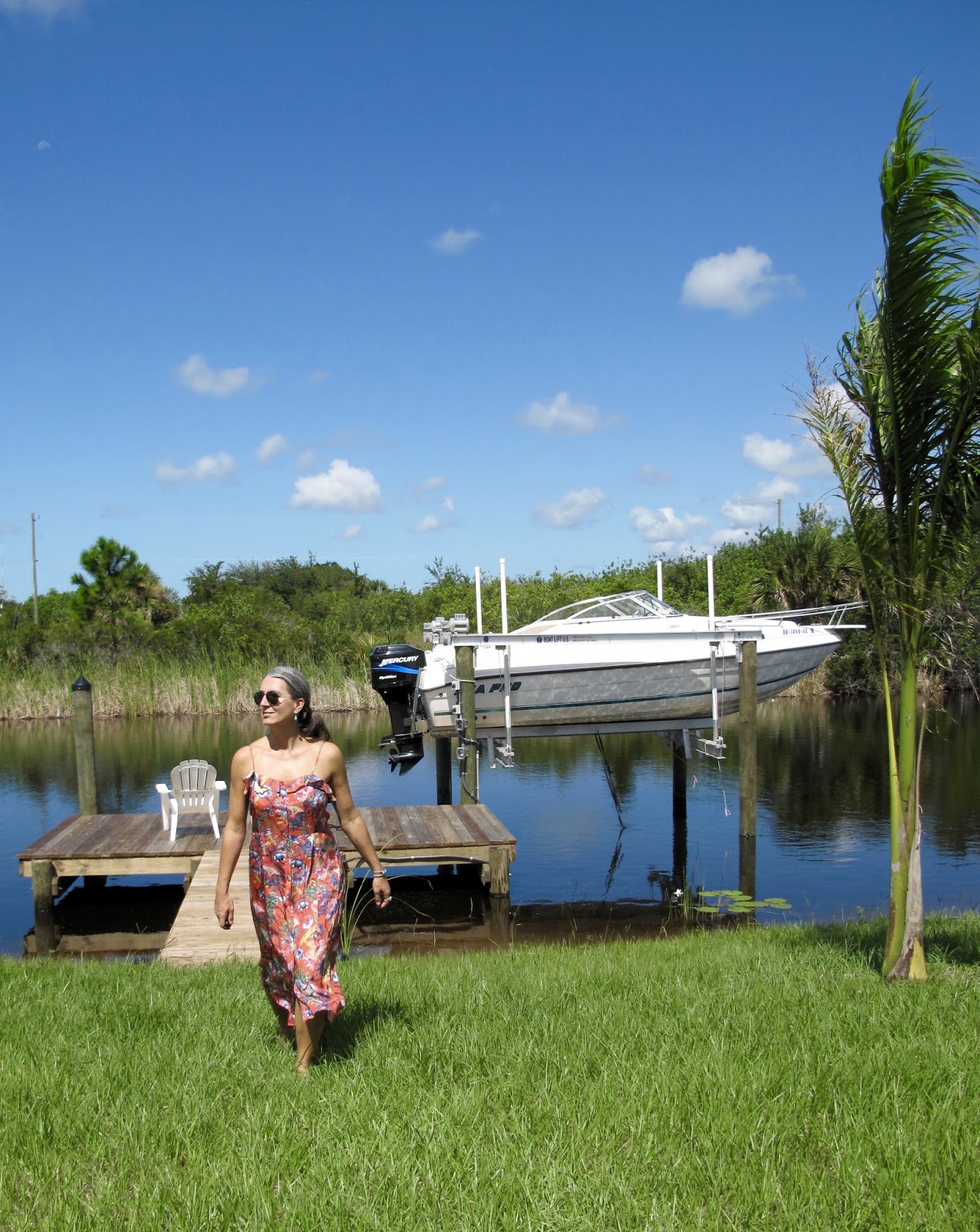 Well readers, I have no words to describe the relief and gratitude that I feel in being able to write this post. While there are parts of Florida that will be reeling from the effects of hurricane Irma for some time, we here in our community in SW Florida came through virtually unscathed. I can hardly believe it myself. In our housing development, we never even lost power - during a category 3 storm. It seems impossible but it's true.

While the storm definitely punched well below its weight for a lot of the state, certain areas took a much harder hit. CNN tells me today that 25% of the homes in Key West have been destroyed, and 65% have damage. Marco Island pretty much took a direct hit, followed by Naples. Northeast parts of the state up into the Carolinas still have pretty serious flooding in the aftermath. There are still millions without power, but they are slowly working through that, and the fuel is starting to arrive back at the gas stations. Things are getting back on track around here.

While this is not my first hurricane, it is my first one on land. I worked for a cruise line for years, and when there was a hurricane, we might see some inclement weather, but we were always able to avoid it by altering our itinerary and waiting it out. But perhaps what made this hurricane so different was its sheer mass and power. This thing was a behemoth - it was freaking huge - something like 450 miles wide. bigger than the state! It literally looked like that scene from The Day After Tomorrow. 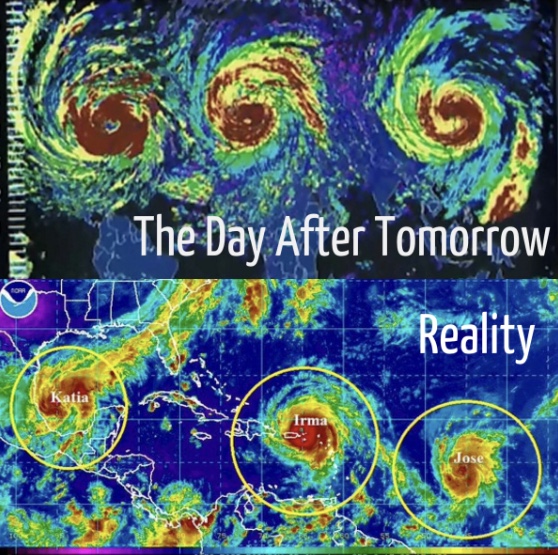 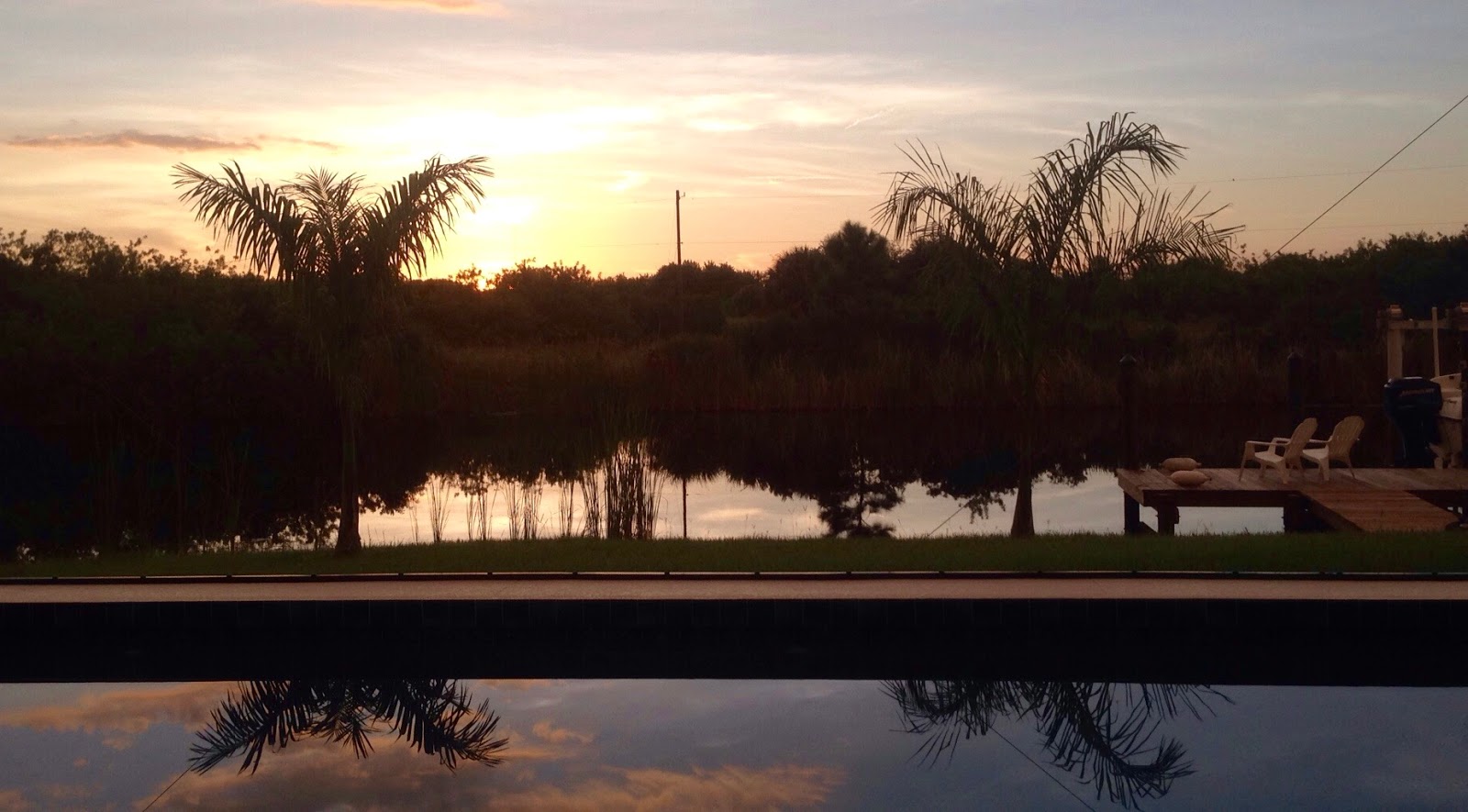 We weren't planning on leaving - initially. We figured we'd be just as well to hunker down in a brand new build that is up to present building code with hurricane glass windows rated to a category 5, and a storm accordion door across the back. However, the beast decided to take a turn to the west, putting the forecasted path literally directly over the house, and it looked like it was predicted to even track further north - northwest offshore. My husband and I, having been religiously following it on my NOAA app (a must if you live somewhere that gets severe weather), realized pretty much simultaneously that the storm surge numbers were going to go up and up, and even though we were not yet in a mandatory evac zone, we knew it was probably coming (it was).  An offshore track off of the west coast would put us in what they call the "dirty" side of the storm, and the surge could be as high as 15 feet! While there is a mangrove, lagoon, lock, and a series of canals between us and the open water, a 10-15 foot surge might very well have left us with water coming in. So we stacked up all of our furniture as high as we could, secured the boat on the lift, staked our brand new palm trees, and left for the northeast part of the state (which, after we left would endure their own set of problems). My husband somehow managed to magically secure one of the last hotel rooms in the free world. I cried the whole way there. I am not a crier. I also cried in Target, Starbucks, Waffle House, and in the Holiday Inn Express. Everyone was crying. Even the disaster guy giving the pre-storm briefing for Charlotte County was crying. It was gonna be bad, and everyone knew it. Watching this beast bear down on us for days on end felt like the slowest-ever walk to one's own execution, and the closer it got, the less likely it seemed that we would get a pardon. 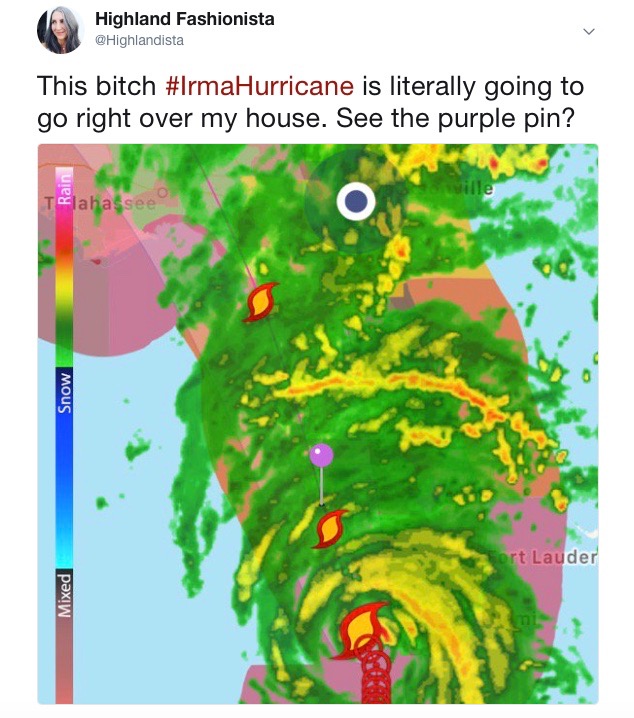 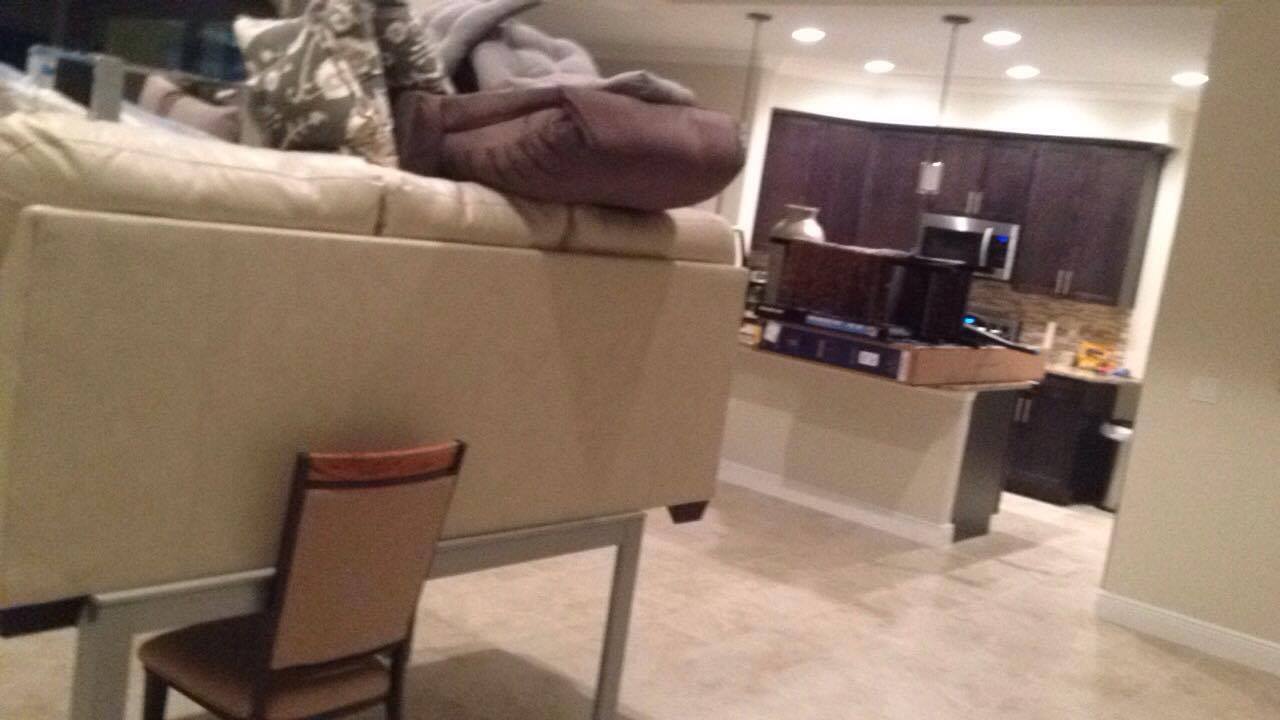 The beast Irma hit Key West at a category 4, then plowed into Naples, causing the storm to lose a bit of steam and head a bit more inland, which ultimately resulted in the faster deterioration of the super-destructive eye wall. It is this deterioration and eastward shift that likely spared us any serious damage or loss of life in our area. Here is the track the storm ultimately took in SW Florida. Our place is the purple pin. 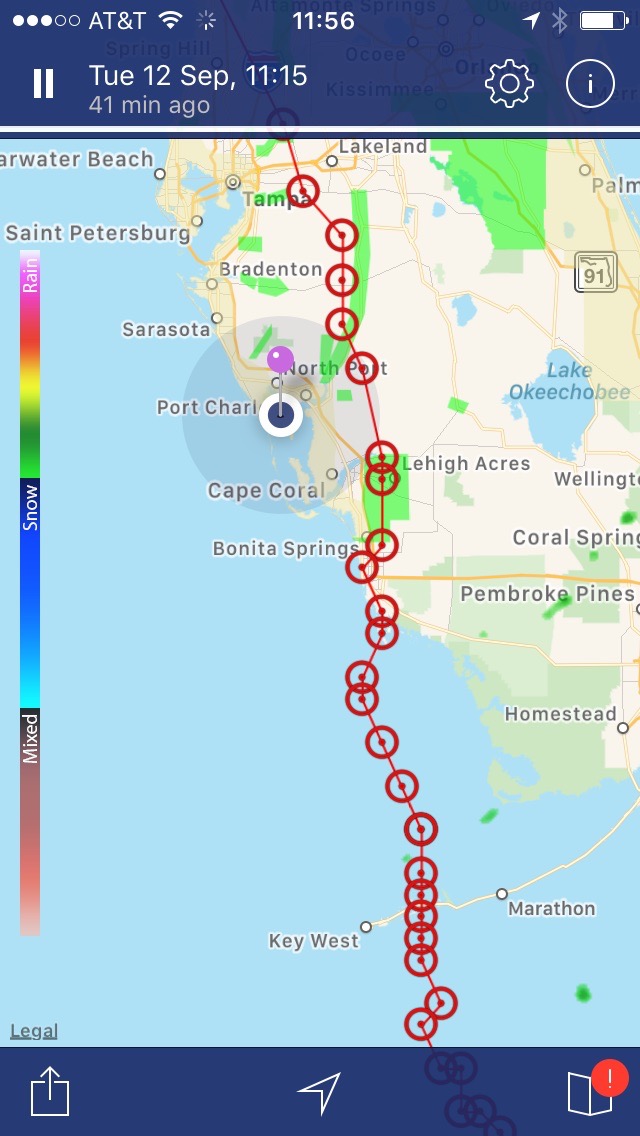 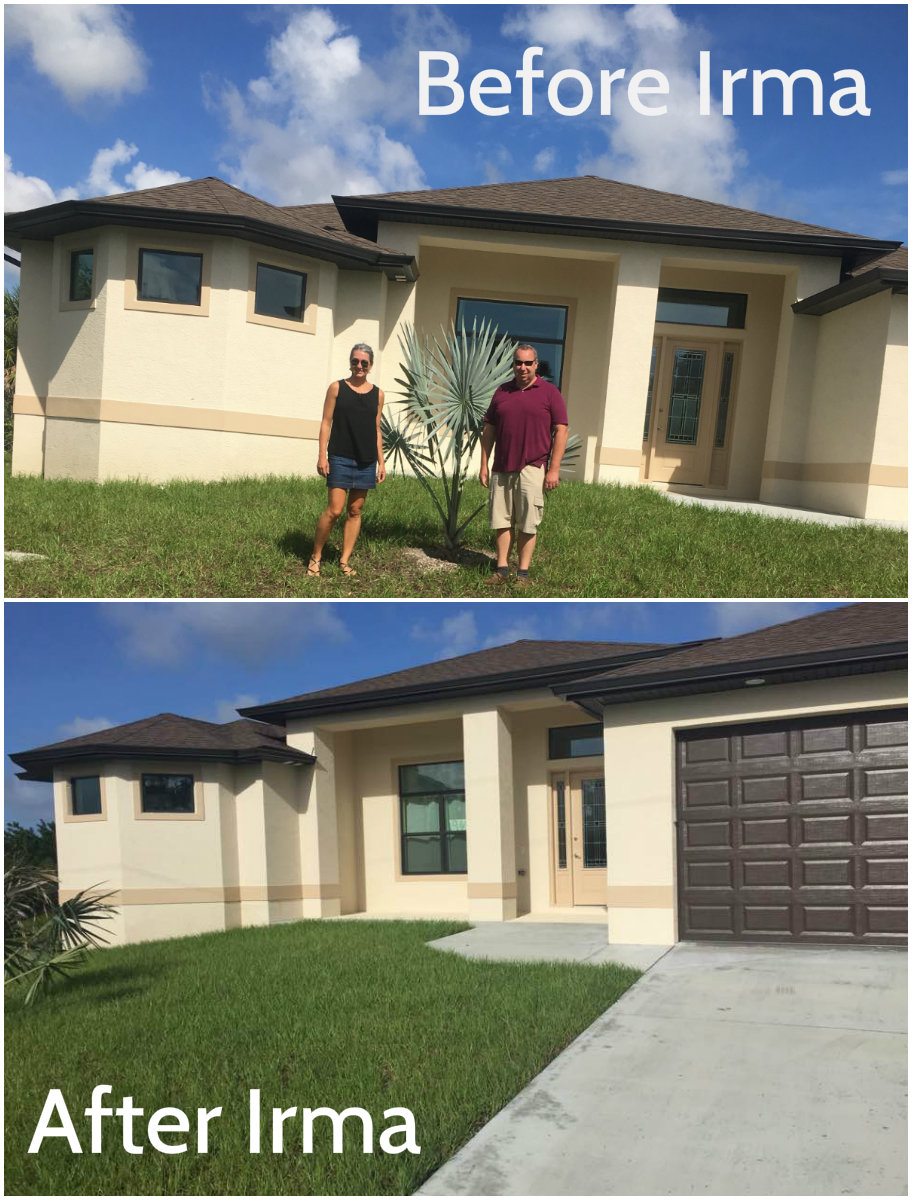 That after shot was taken by our neighbour the morning after the storm. We still can't believe how lucky we got in our neck of the woods. We did have a few screens come loose on the lanai, but we hope to get that put to right later today or tomorrow. Small price to pay.

Also, I got this really cute midi sundress for like £15 at H&M a few weeks ago, so there's that. After all this is still a fashion blog.

Best wishes everyone in FL for a speedy recovery from hurricane Irma! 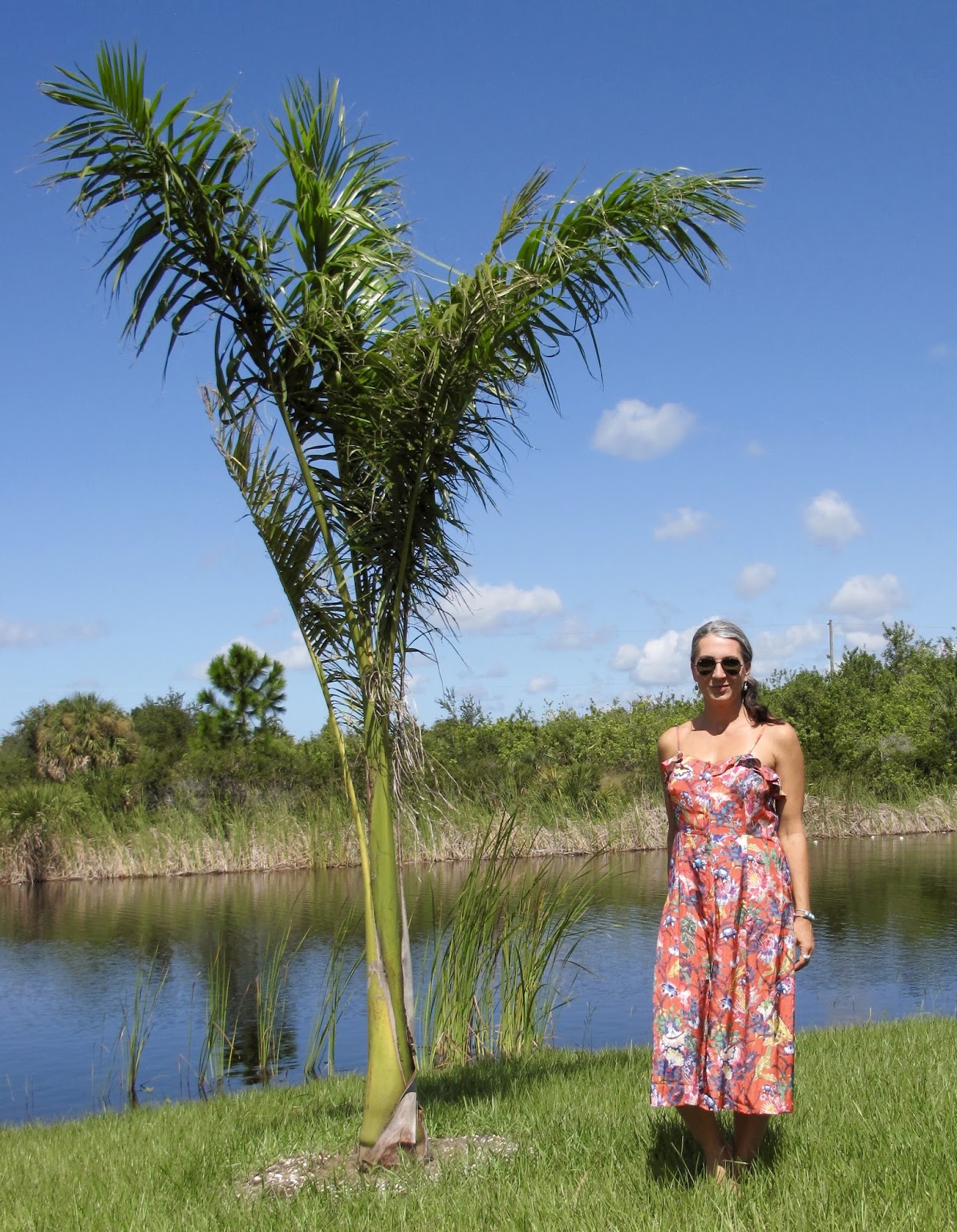 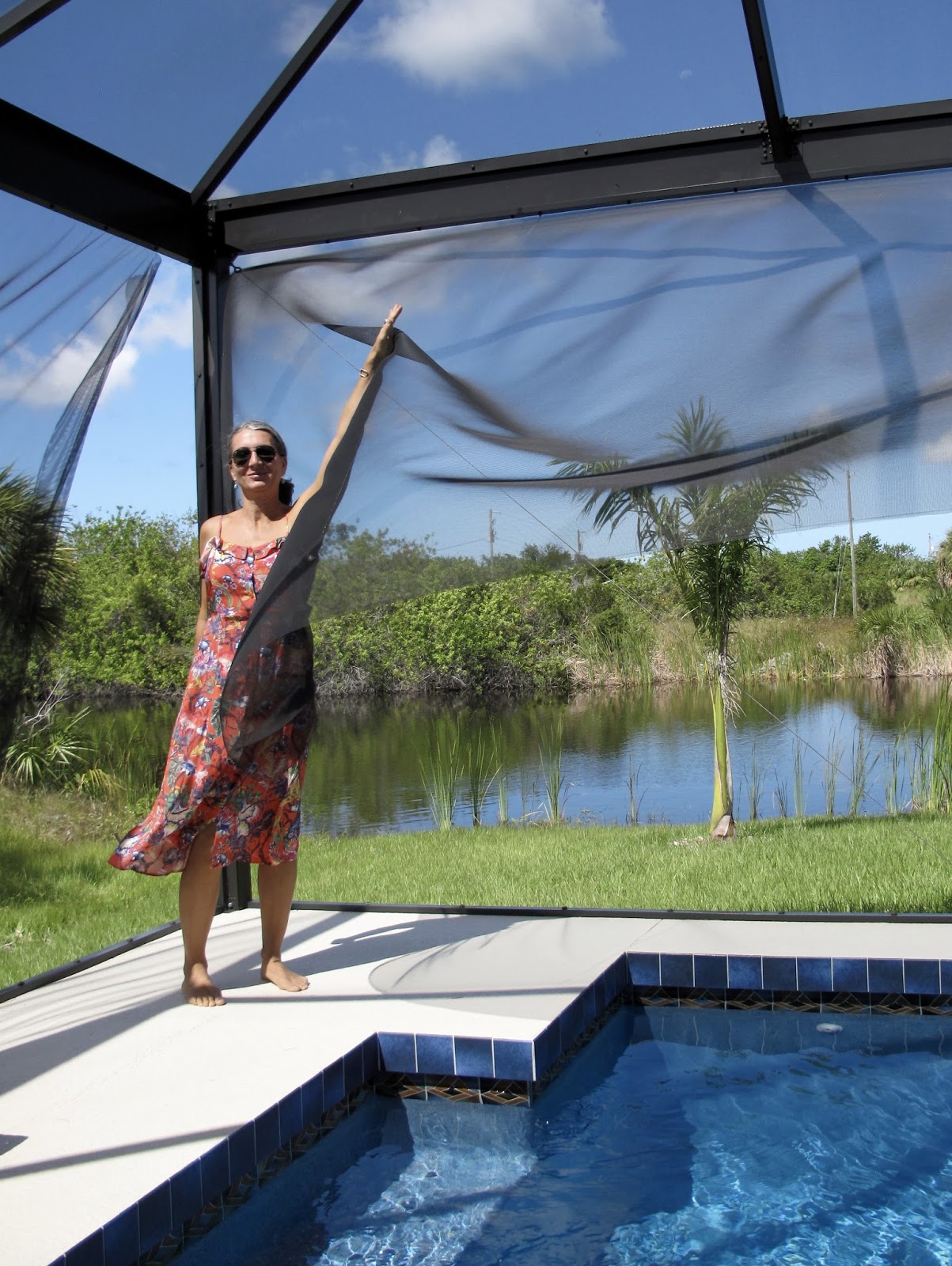 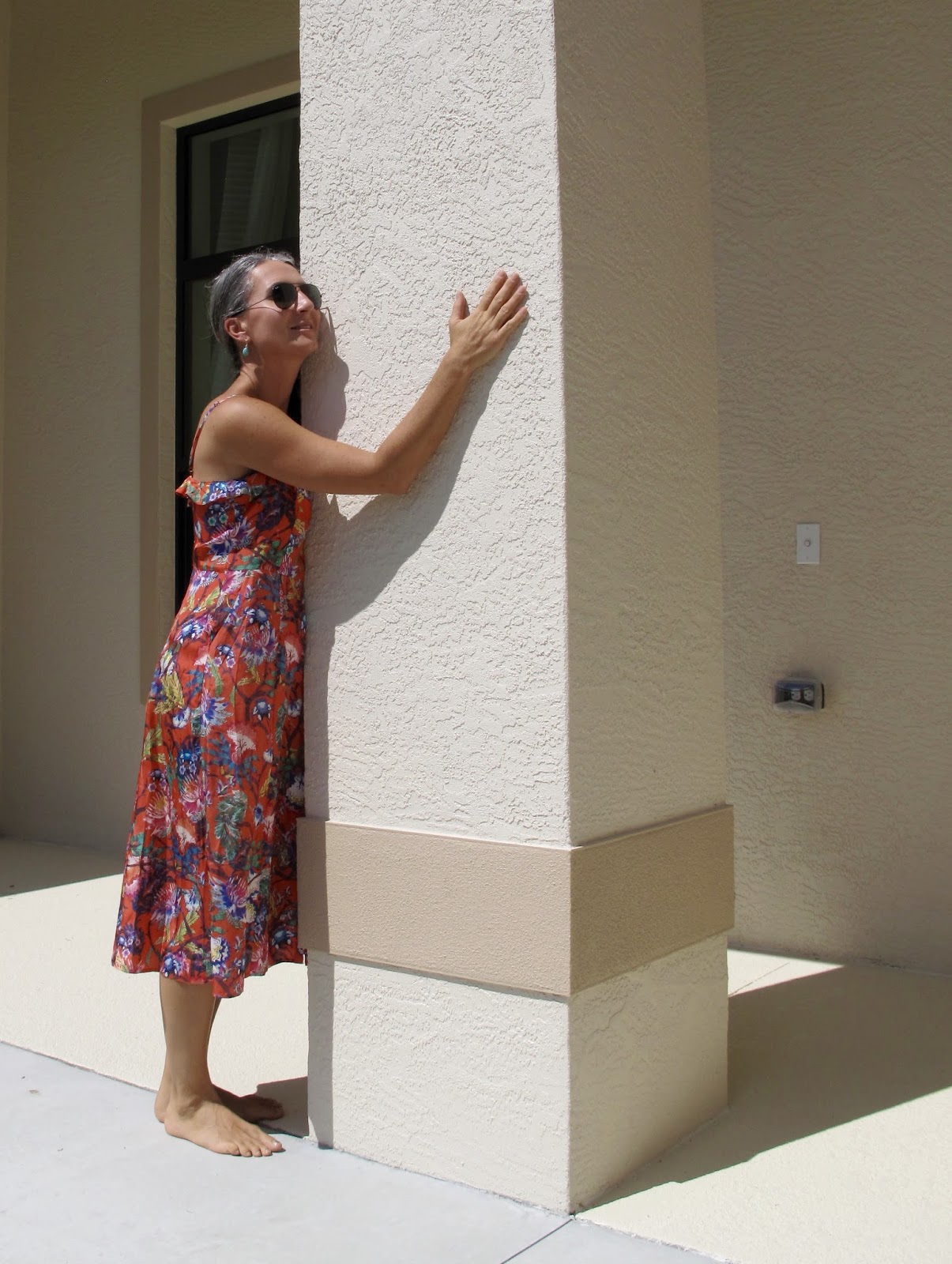 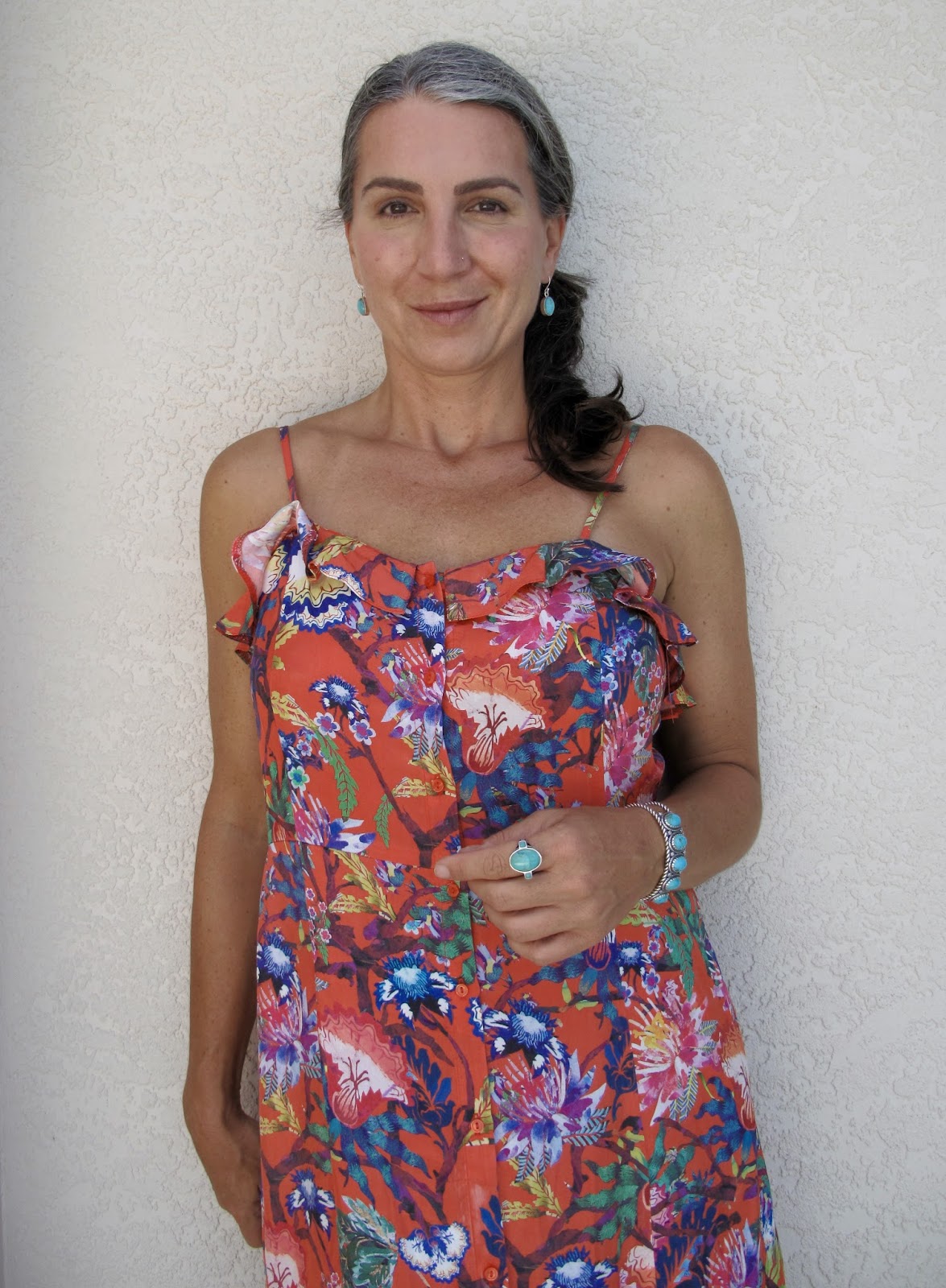 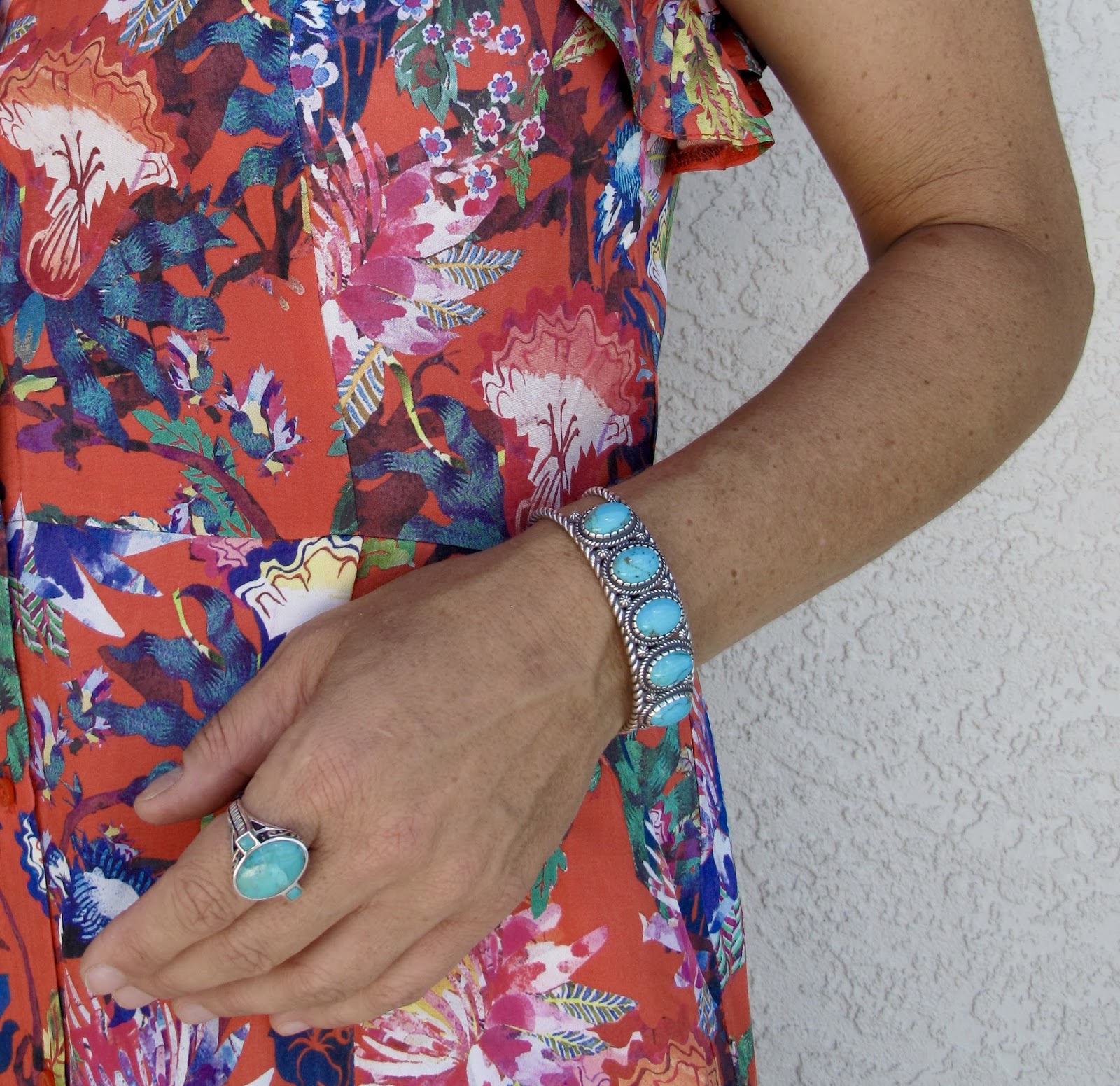 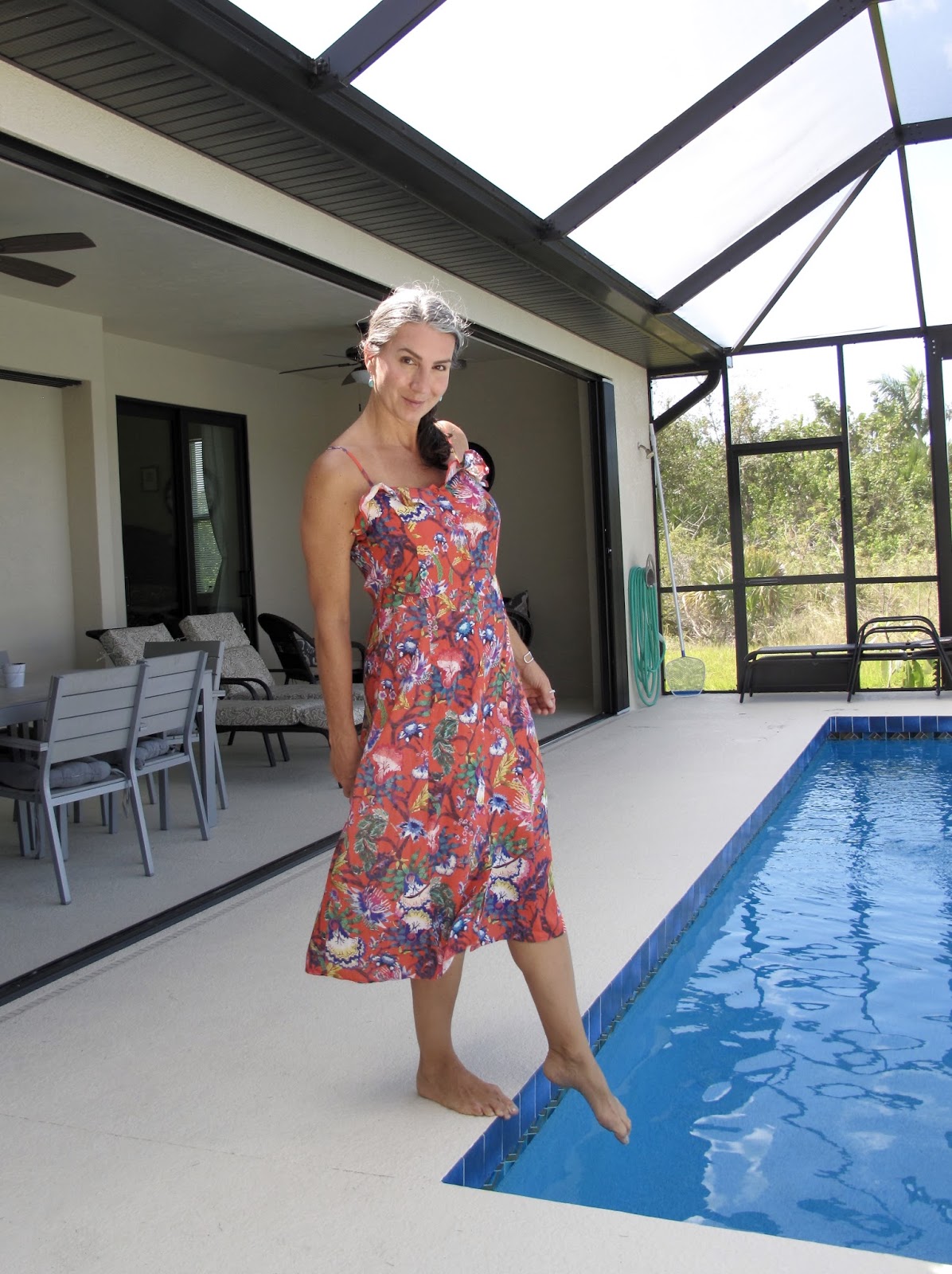