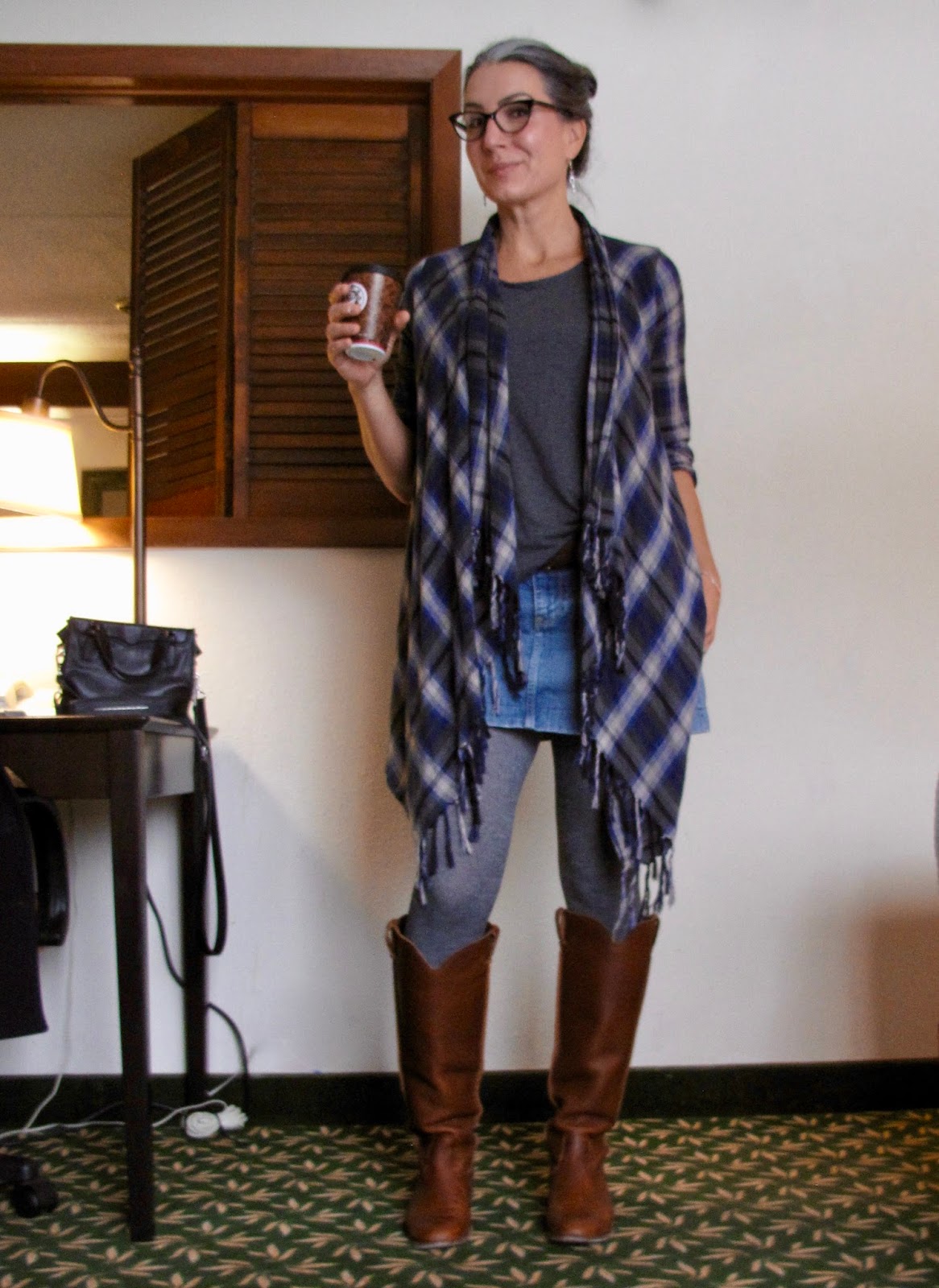 Lately I've been on the move a lot, posting hasty photos from hotel rooms all over the place...so here's another for you. I am currently in the US visiting my family, and while the Scottish West Highlands managed to avoid the brunt of last week's snowstorm that caused widespread delays and panic all over the UK, it caught up with me after I landed in Minneapolis, dumping a lot of wet, slippery snow onto the Twin Cities and beyond, making my two days of travelling into three by making it impossible to complete the final 90 mile journey from the airport to my parents' place in WI. So here I am in my airport hotel, clutching my gut-rot hotel coffee wishing it were a beer (and it would be soon), contemplating which of the two nearby coronary health nightmare restaurants might be open in the snowstorm. The upside to all this? The girl at the hotel desk gave me a suite when I checked in. A suite, you guys. In the photo, you can see the little shuttered window that looks into the "sitting room". I did not once sit in the sitting room, although I did use it for yoga in the morning, and I can assure you I felt very fancy and superior the entire time.

This is a version of my "travel uniform". You've seen versions of this before, but the components are basically a loose-fitting tank, a flannel "cardigan", and usually either a pair of skinnies or jeggings with booties, or in this case, a pair of fleece leggings under a denim skirt with my beloved flat Frye boots. This time around, I was going from a cold climate to a cold climate, making whatever selection I made rather convenient upon arrival. In fact, this look was SO convenient that this photo is actually day 3 of wearing these same clothes. Don't worry, I had on clean underwear and I changed-out the leggings after day 2...I mean, come on. I'm not a barbarian. But I just found it silly to want to put on something totally fresh when the day would be spent in transit.

The good news was I finally made it home a few hours later. My sister came and collected me, and the road crews had already worked their magic with the snowplows. Good to go! See you all in a week! (I''ll probably still be wearing this outfit!) 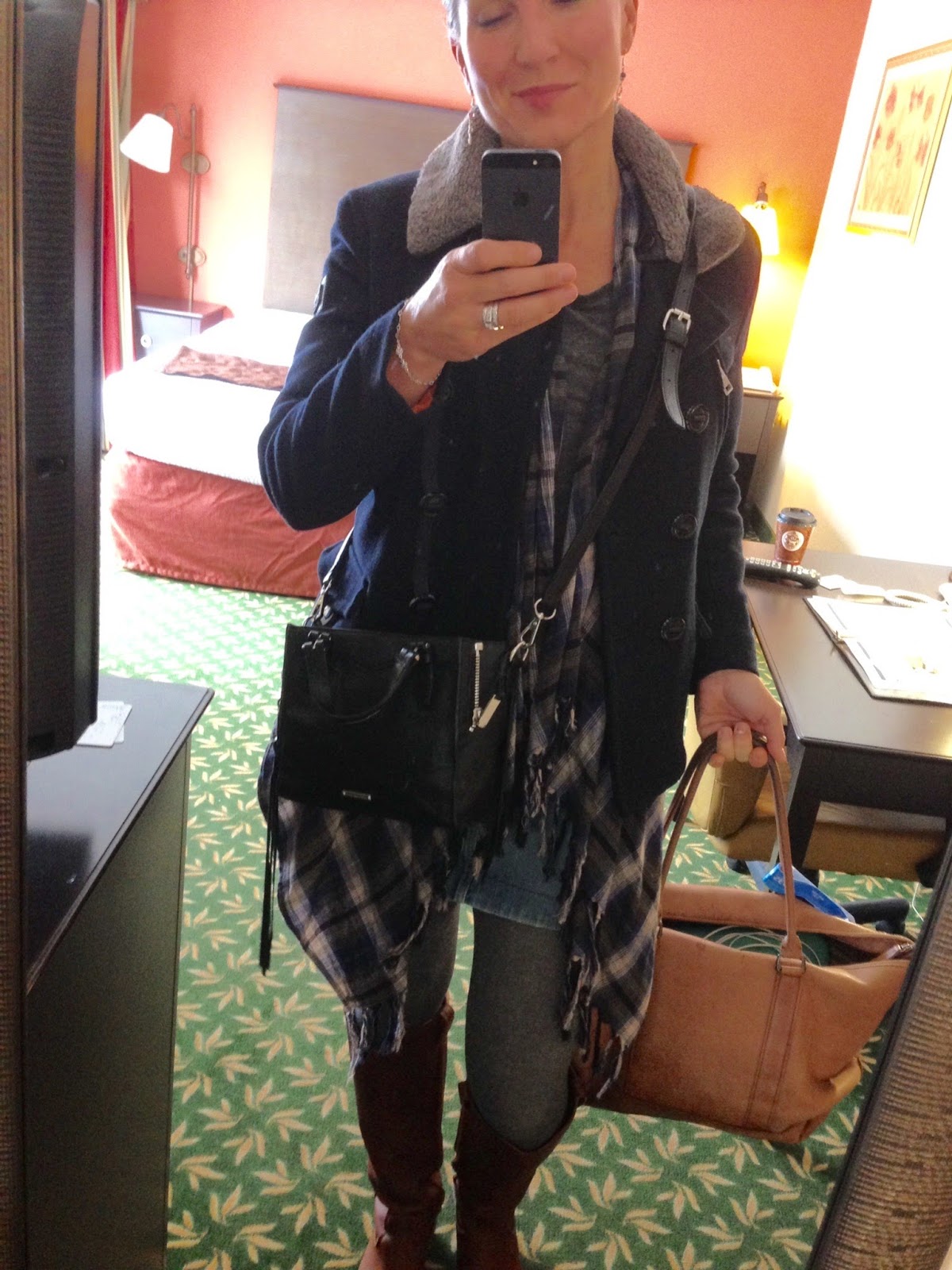 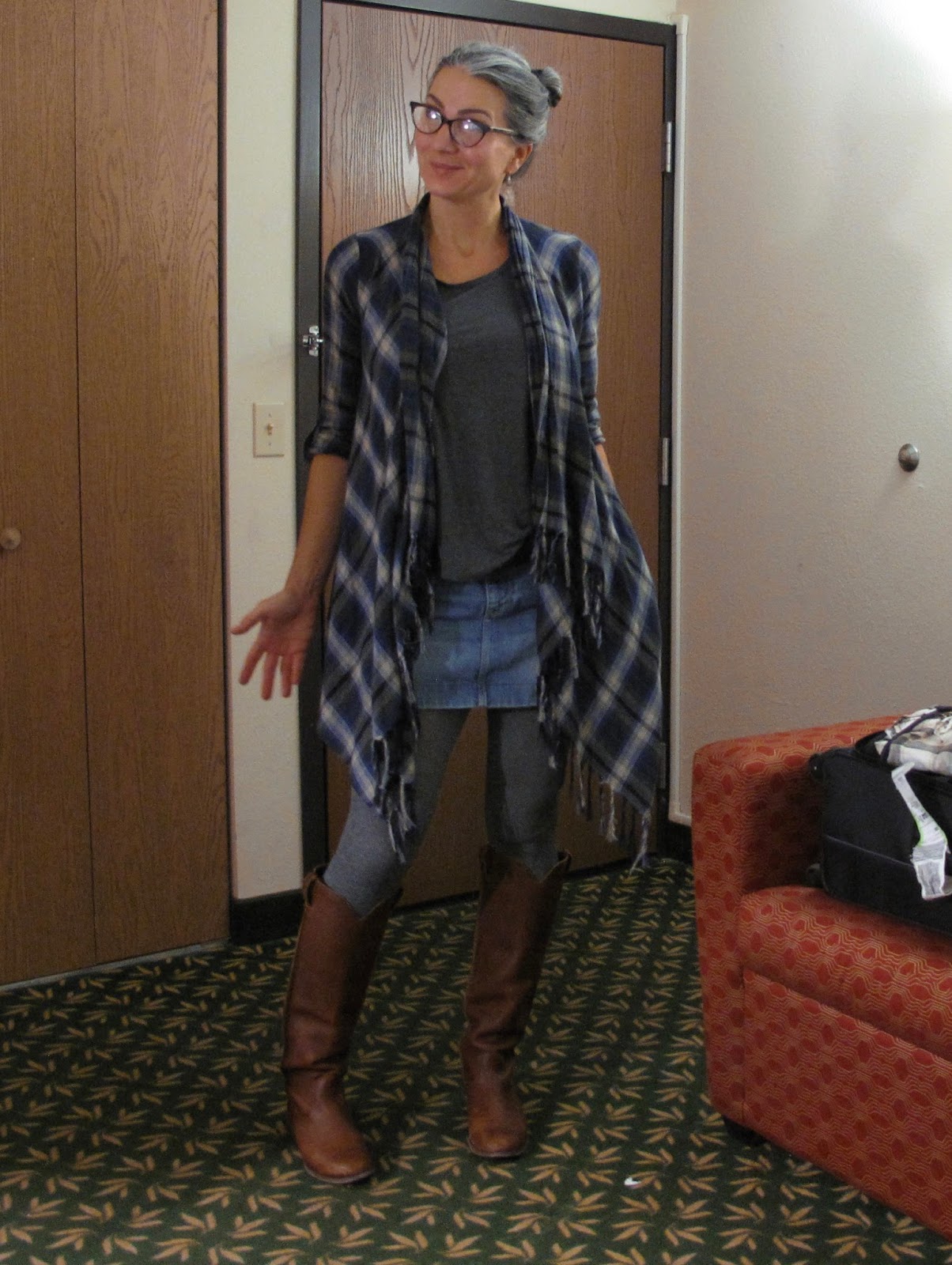