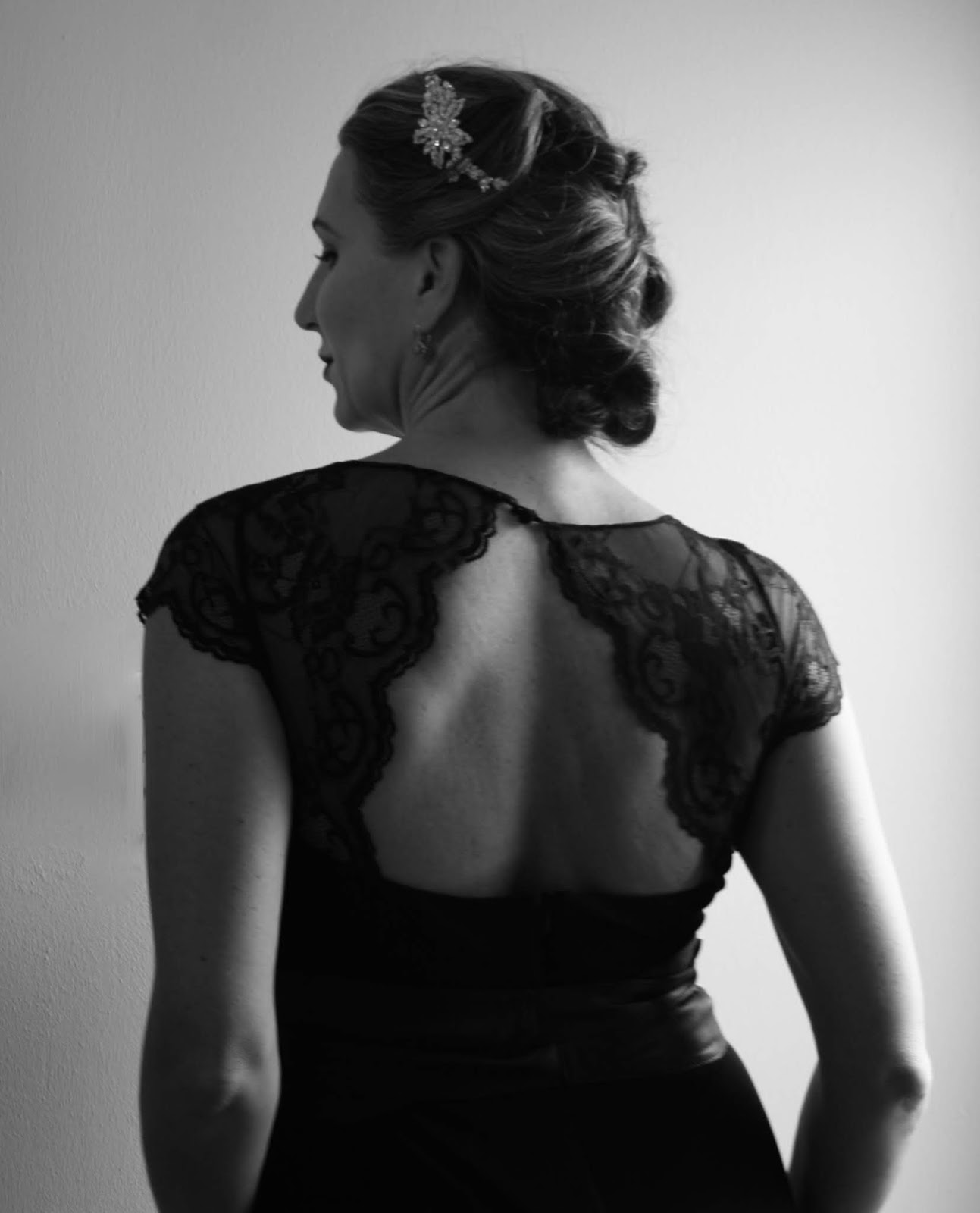 If there is one thing that can be relied upon to generate the element of surprise, it's answering the door at 10am for the Menzies delivery guy dressed in full film noir femme fatale hair and makeup. It generates the kind of reaction shot that I couldn't find in all of my trolling of the internet's finest royalty-free, downloadable b-roll footage for this short film clip. Also, my new cross trainers are here, so that's good.

I realized this week that we are quickly approaching the time of year where "festive glamour" is foisted upon us. Everywhere you look, the shops are encouraging us to dress for the upcoming festivities in what I imagine a peacock would look like if he decided to attend a fancy dress party as a foil-wrapped baked potato. And while I love a little sparkle and shine as much as the next gal, this year, for reasons I'm not even entirely sure I can articulate, I'm just not feeling it.

Okay, that's a lie. Yes, I can articulate it, and I know exactly why I'm not feeling it. I think my aversion to this year's incarnation of Festive Barbie is grounded in the fact that we women have suffered a bit of a blow of late. I blame the Donald Trumps and the Brett Kavanaughs of the world for what appears to be this new "sit there and take it" approach to all things feminine. And that does not just apply to feminism for that matter, but that's the scope of this post.

As a means of dealing with this New World Order, I've found solace in one of my favorite film genres, film noir. And of course you can't have film noir without the most glamorous of anti-heroines, the femme fatale. Smart, sassy, ambitious, murderous, and unapologetically feminine, the film noir femme fatale is as glamorous as she is pissed-off - a perfect balm for our times. What's more, it's a great look for women of any age. In fact, I daresay it's even better when you're a little bit older. After all, any femme fatale worth her salt has definitely burned-through a few husbands for the insurance claims. You can't get all of that done when you're in your twenties, that takes commitment.

For the next several weeks, I'll be running a dedicated thread to the different elements of the femme fatale look - everything from day-long trials of a handful of deep, blood-red lipsticks to the best brands of fishnets robust enough to conceal your Beretta. I've decided to kick things off with this short clip I created, wherein I essentially tried to stuff every single film noir tome I could into two and a half minutes. Sadly, with the notable exception of the hard-boiled detective voiceover. Living in a small town in the highlands, I simply could not come up with anyone on my list of people who could convincingly provide the kind of Bogart-esque accent required to convincingly do the job, so I had to go with the subtitles, so "don't @ me", as they say on the Twitter. Instead, walk into that sea of sequins and fascinators that is this year's office holiday party rocking a look that says "honest Detective, he was dead when I got here." Added bonus -  it is unlikely that skeevy Bill from accounting will dare get handsy with you looking like this. 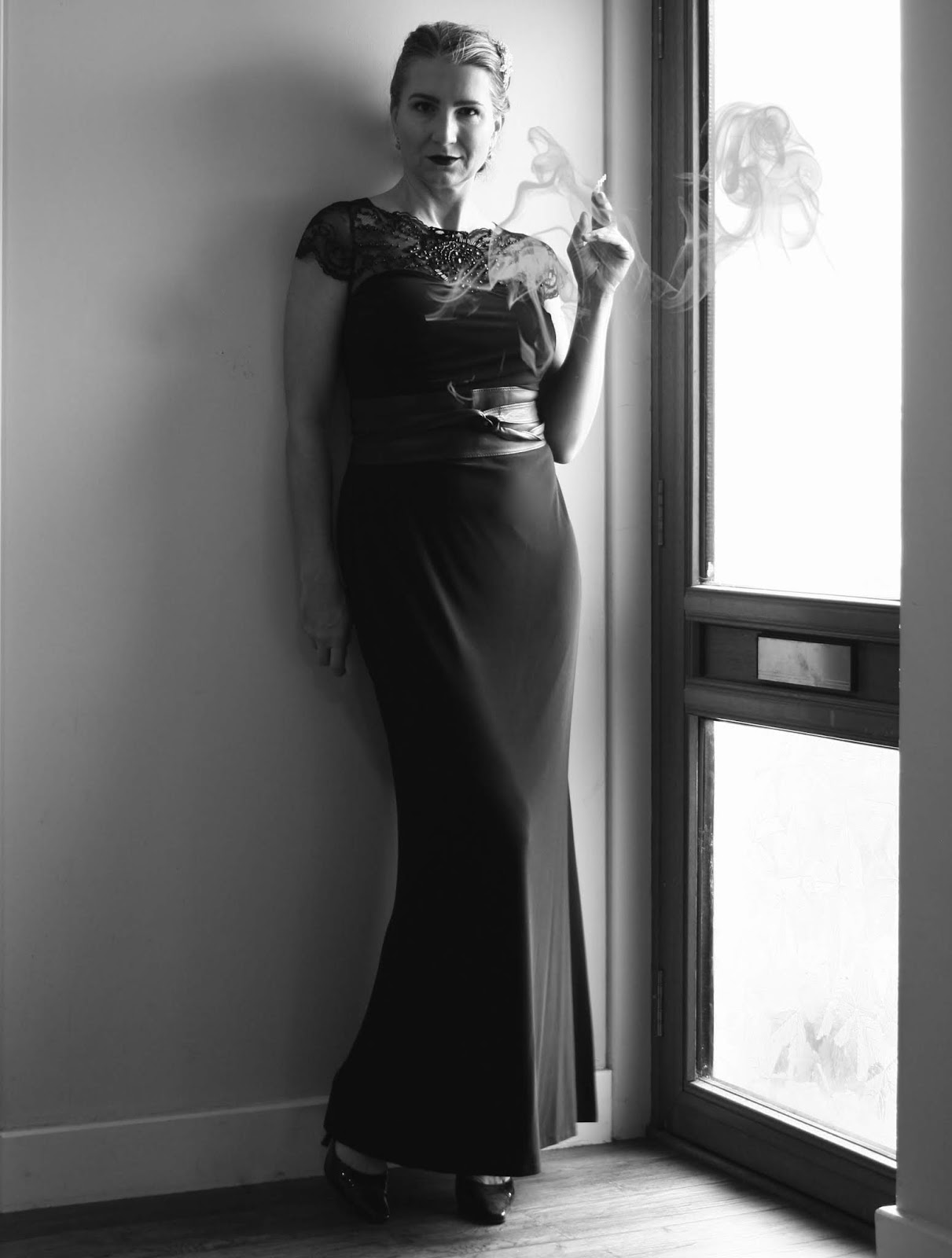