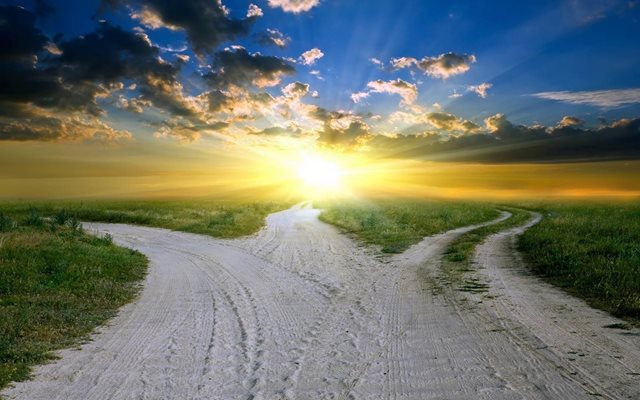 Before anyone gets all excited... no. I'm not shutting-down the blog, nor am I selling everything I own and moving to an ashram, and nobody is dead (well, a lot of people are dead, you know...in the world, but not directly pertaining to this particular post). I realized when I uploaded this photo that this looks like one of those "final transition" photos from a funeral home, or perhaps something you see on one of those ultra-basic corporate posters that has the caption "choices" under it, meant to motivate you to not steal office supplies or some such. But I like the photo, so I'm keeping it, funerary massaging be damned.

No, the purpose of this post is simply to officially register my excuse for not posting more this past year. After over a decade as an acute care hospital-based nurse practitioner (that's a mouthful, isn't it?), I was feeling the pull to move into something a bit more holistic, so I undertook massage therapy training. Apparently there exists a finite number of consecutive years you can watch the 80+ set get prescribed 30-plus medications in the name of "wellness" before it starts to wear you down. Don't get me wrong, I'm not entirely jettisoning my career, just gently coaxing it in the direction I want it to arrive in in a few years time. Western medicine always has its place - there is no better diagnostic tool out there, nor any other better way to manage a true medical emergency or trauma. However, it isn't perfect. It tends to look at the body as a machine, a series of parts all independent of one another. In the words of Dr. Christiane Northrup on a recent podcast I was listening to in the car, western medicine tends to look at something like a headache as a "Tylenol deficiency", a characterization that nearly led me to drive off the road because I was so vehemently nodding (and screaming) YES.  So this transition of mine is ultimately geared at re-introducing people to their mind-body connection, which in the mainstream western world we really seem to have lost our grip on. Complemenary therapy is a great way to remind ourselves that ultimately we are in control of our lives, our bodies (with an added special "f-you" shout-out to the GOP and the states of Alabama, Mississippi, and Georgia for their recent attacks on a woman's right to do just that), and the way we address our overall relationship with wellness. We seem to have lost that.  It's probably behind the couch. That's where I usually lose stuff.

You can check out the newly-launched website here, and in time, there will be more stuff, including online options for people who don't live locally.

Be well! See you soon!